Every house of Himachal Pradesh to get tap water supply: Minister 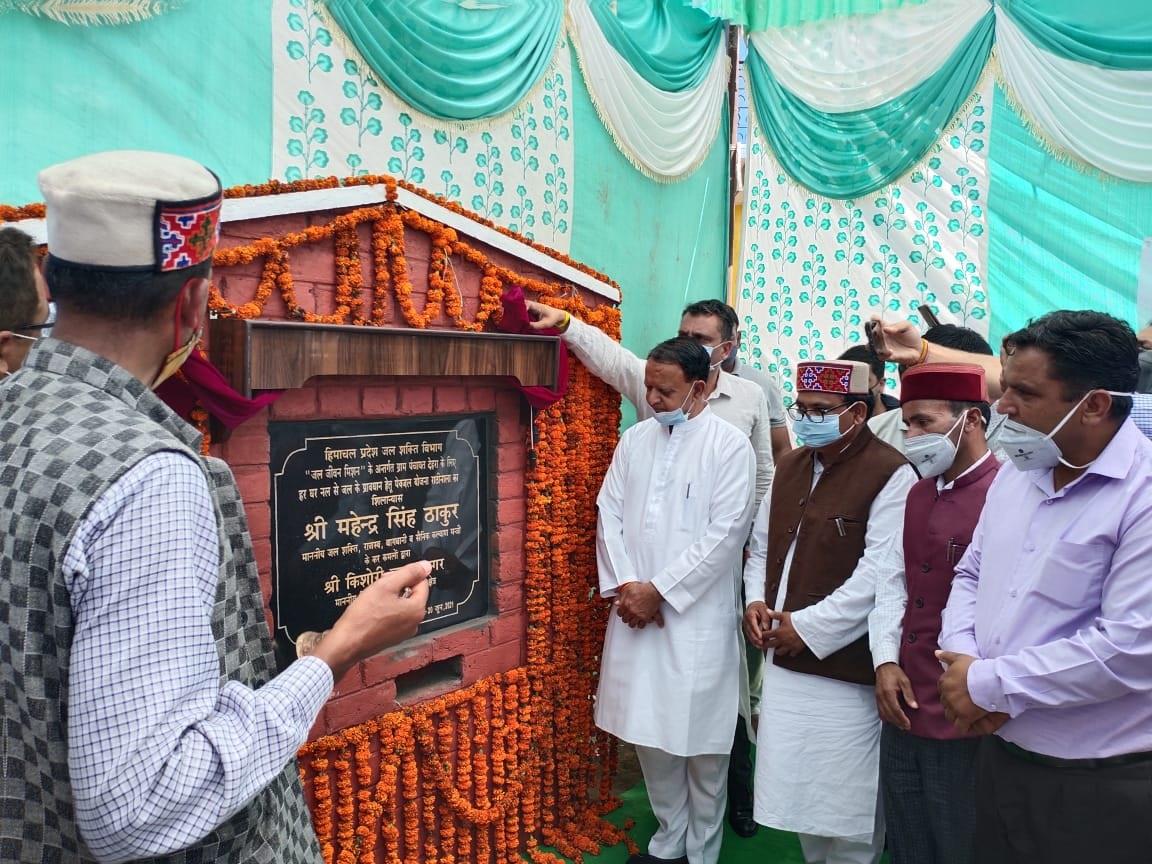 Every household in the state would get clean tap water under ‘Har Ghar Nal Ka Jal’ scheme within one-and-a-half year, said Jal Shakti Minister Mahender Singh. During his visit to lay the foundation stones of various schemes worth Rs 12.28 crore in Nirmand region of the district today, he said the government, under the leadership of Chief Minister Jai Ram Thakur, would accomplish the goal under the Jal Jeevan Mission.

The minister said the state secured the first position under the Jal Jeevan Mission for the second consecutive year. He said Rs 1,405 crore had been sanctioned this year under the scheme. He praised Anni MLA Kishori Lal Sagar and urged him to work on the sewerage system in Brow on priority. — OC

Dispensaries to screen all patients for Covid-19