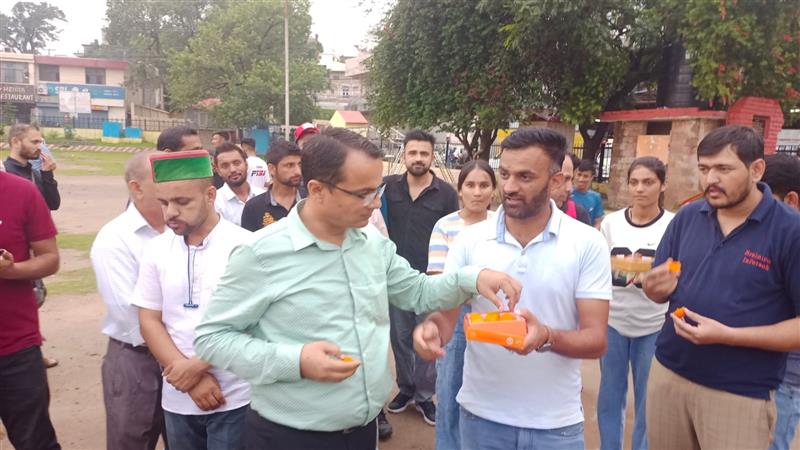 Residents of the Trans-Giri area in Sirmaur celebrate after the Central Government approved a proposal for grant of tribal status to the Hattee community on Wednesday. Tribune photo

The Central Government today approved a Constitutional amendment Bill that seeks to grant tribal status to the Hattee community of the Trans-Giri region in Sirmaur district.

A decision in this regard was taken at a meeting of the Union Cabinet chaired by Prime Minister Narendra Modi, said Union Minister for Tribal Affairs Arjun Munda.

The minister, while briefing mediapersons, said that the Cabinet also approved Constitutional amendment Bills to grant the Scheduled Tribes status to the Binjhia community in Chhattisgarh and the Narikoravan and Kurivikkaran communities in Tamil Nadu.

After the Constitution (Scheduled Tribes) Order (Third Amendment) Bill 2022 becomes an Act, around 1.6 lakh members of the Hattee community in the Trans-Giri region would be able to derive benefits meant for Scheduled Tribes (STs) under the existing government rules.

They would also be entitled to benefits of reservation in services and admission to educational institutions, as per the government policy.

Information and Broadcasting Minister Anurag Thakur, who also addressed mediapersons after the Cabinet briefing, said that the community in Himachal Pradesh had been demanding inclusion in the ST list for more than 50 years. He added the the Hattee community in the the Jaunsar region of Uttarakhand had already been given tribal status.

“The Trans-Giri region of Sirmaur shares border with Jaunsar, and the two have cultural similarity. It is a historic decision. I thank Prime Minister Narendra Modi for this,” Anurag said.