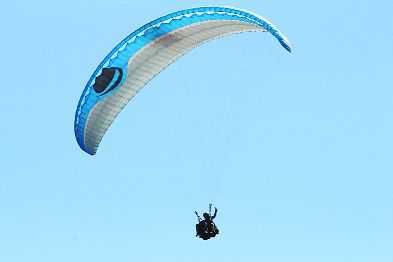 A fraud regarding the issuance of fake SIV certificates to paraglider pilots in the region has come to light. The police, along with Kullu SDM Vikas Shukla, arrested Dhungar Singh and his accomplice, who hails from Nainital, from the Dhobhi paragliding site and recovered blank certificates of a training institute based in Uttarakhand yesterday.

The SDM said a tip-off was received that the duo was engaged in selling fake certificates to paraglider pilots engaged in “commercial tandem flying”. The suspects were nabbed along with certificates of an authorised training institute in Uttarakhand.

He claimed that the suspects admitted that they had sold around 70 certificates. He said the suspects had charged amounts ranging from Rs 25,000 to Rs 50,000 to provide a fake certificate. He said untrained pilots might have used the fake certificate to get a commercial licence, putting the lives of adventure lovers at risk. Commercial tandem paragliding has become popular in the region with many tourists enjoying this adventure sport at the six earmarked sites. At present, there are 442 paraglider pilots in Kullu district. A technical committee of the Tourism Department and the Atal Bihari Vajpayee Institute of Mountaineering and Allied Sports provides licences to pilots to engage in tandem flying, which are renewed yearly after thorough checks and tests.