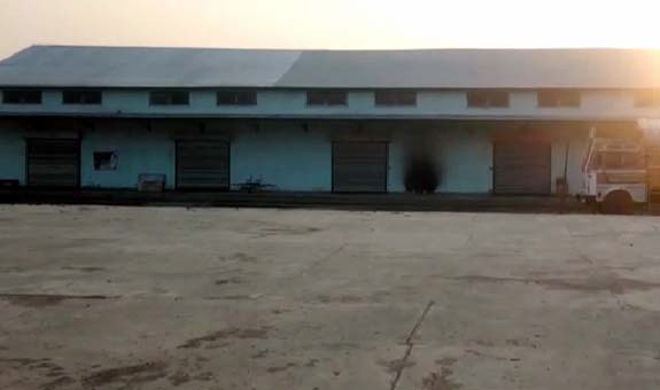 The state government had set up a procurement centre at Fatehpur in lower Kangra district for wheat and paddy last year but has now closed it causing problems to local farmers who have to sell their wheat crop.

As per information, the state government has notified three centres at Thakurdwara and Riyali in Indora sub division and Gujjar ka Talab in Nurpur sub division ignoring Fatehpur area. The decision to close this procurement centre has left hundreds of farmers in Jawali sub divisions worried.

Resentment is brewing among the farmers of Fatehpur and neighbouring Jawali sub divisions over closure of Fatehpur’s procurement centre.

It is following persistent demands of farmers that the state government had set up this centre first in April last year for procuring wheat and the same was notified for procuring paddy in October last. The farmers got the marketing facility at their doorsteps.

Thousands of quintals of wheat and paddy was procured at this centre by the Food Corporation of India last year. But this year the local farmers have to transport their wheat to Gujjar ka Talab or Riyali procurement centers set up in the mand area of Kangra district.

When asked, Kangra district APMC secretary Raj Kumar Bhardwaj said the state government had not notified Fatehpur’s procurement centre this year. He said the procurement of wheat in other three notified centres would start on April 15 initially for one month. The government of India has announced Rs 2015 Maximum Support Price (MSP) per quintal of wheat this year, he added.

Suresh Pathania, Kangra district president of Bhartiya Kisan Union, has criticized the state government for denying the wheat procurement facility from hundreds of farmers of Fatehpur and Jawali sub divisions.

He said the farmers of gram panchayats in lower Kangra district would experience hardships in selling their wheat crop and would fall prey to private buyers of neighbouring Punjab. He appealed to the government to restore this procurement centre at the earliest.