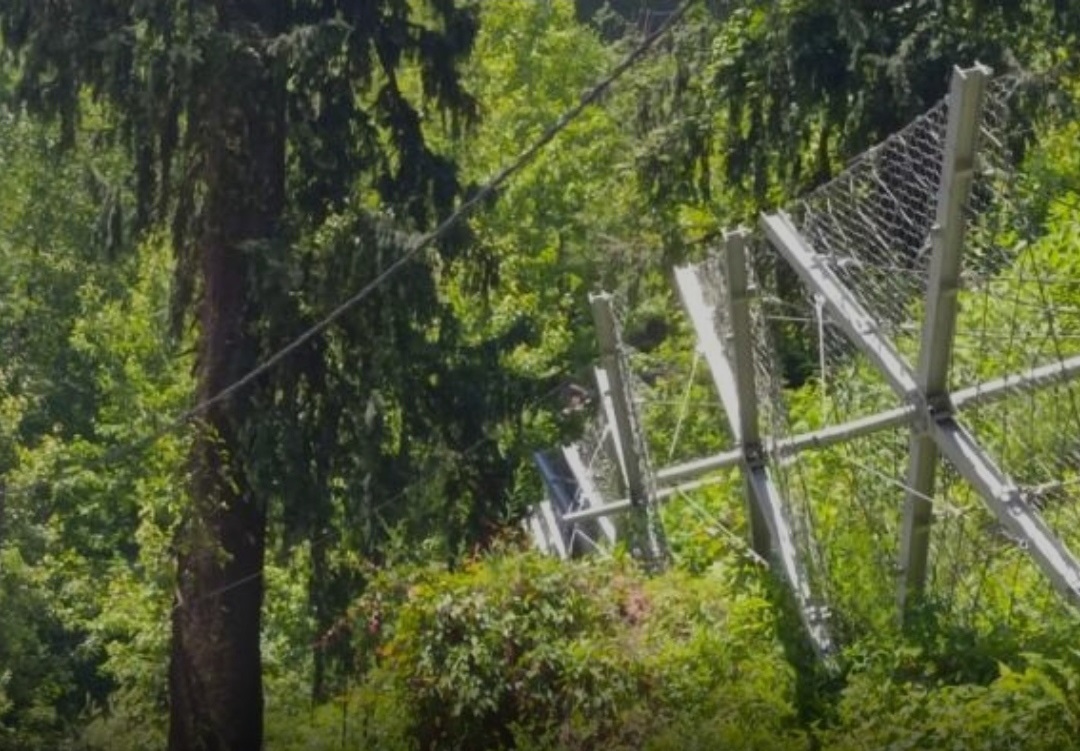 An ErdoX fencing anchored on the mountain slopes between Solang Nala and Dhundi.

The Border Roads Organisation (BRO), with the help of Defence Geoinformatics Research Establishment (DGRE), has installed ErdoX snow fence at various places near the Atal Tunnel, Rohtang to prevent the impact of avalanches and landslides on steep slopes. The fence has been put up along a 12-km stretch from the Solang Nala to the south portal of the Atal Tunnel. 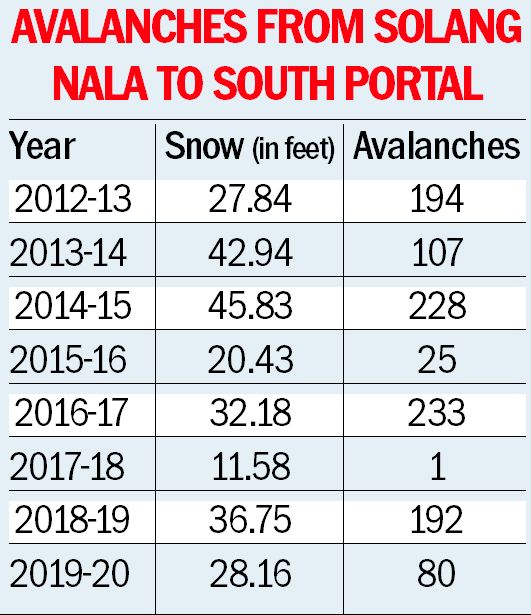 The area witnesses frequent avalanches due to accumulation of snow on steep slopes during winter. The BRO has made 12 snow protection structures and galleries between Palchan and the north portal of the Atal Tunnel. These structures are capable of reducing the intensity of an avalanche.

On March 22, five persons of Mandi had a narrow escape when a snow avalanche hit the car they were travelling at Dhundi near the Atal Tunnel. Though the tunnel is expected to provide round-the-year connectivity to Lahaul, the avalanches and glaciers on the route hamper the movement of traffic quite frequently during winter.

Project Yojak Chief Engineer Jitendra Prasad says that ErdoX is a sturdy aluminium frame capable of withstanding heavy impacts. The structure can easily bear about 3,000 kg of stone or snow coming from the mountain. The anchoring of Snow ErdoX has been done up to 6-9 m inside the ground.

The Atal Tunnel has emerged as a major tourist attraction. There is heavy movement of tourist vehicles in this area in summer and winter. Thousands of vehicles pass through the Atal Tunnel every day. The incidents of avalanche increase after the region receives heavy snowfall.