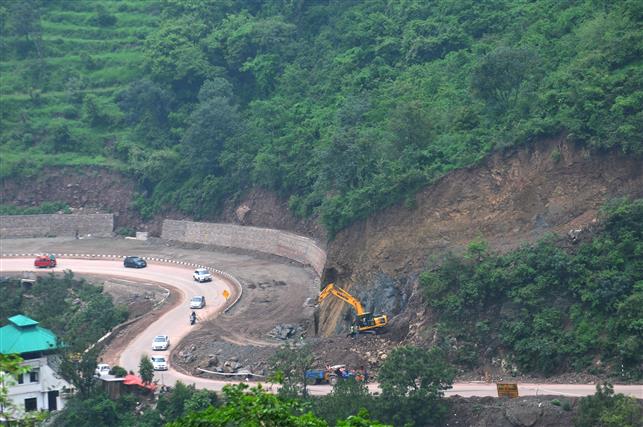 The HP High Court today directed the National Highways Authority of India (NHAI) to file an affidavit stating the present status of incomplete portion of approximately two-km stretch and construction of an overbridge at the beginning of Parwanoo-Solan section.

What the PIL says

The court also directed the NHAI to inform the period of time they are likely to take to complete such construction. Apart from this, it should also furnish the details of the amenities and beautification along the Highway. While issuing these directions the court directed the NHAI to file its affidavit before the next dated and listed the matter for further hearing on April 2.

A division bench comprising Chief Justice Mohammad Rafiq and Justice Jyotsna Rewal Dua passed these orders on a public interest litigation filed by one Adit Singal, alleging that the setting up of the toll plaza at Sanwara, Solan district, is illegal and contrary to the Rules of National Highway Fee (Determination of Rates and Collection) Rules, 2008.

He has alleged that as per rules no toll plaza can be established in the same section within a distance of 60 km. Other toll plazas are situated in Chandimandir, Panchkula district, and at Parwanoo in Solan district within 60 kilometers from the Sanwara toll plaza.

He has also alleged that the completion certificate stating completion of 95 per cent work has been wrongly issued in favour of M/s G. R Infraprojects by the NHAI. He has alleged that the toll is being levied before completion of construction work and a major part of the construction work of flyover and its under pass at Kumarhatti, Saproon and Timber Trail Resort at Parwanoo is not complete and will take months or may be a year or more to be completed.

The petitioner has alleged that the public is compelled to pay toll for incomplete facilities that too at exorbitant rates.

The petitioner has prayed to quash the contract, construction, completion certificate issued to M/GR Infraprojects by the NHAI and also to quash the notification fixing the toll charges payable by the by vehicles crossing the Sanwara toll plaza.