Residents of Shimla set to get round-the-clock supply 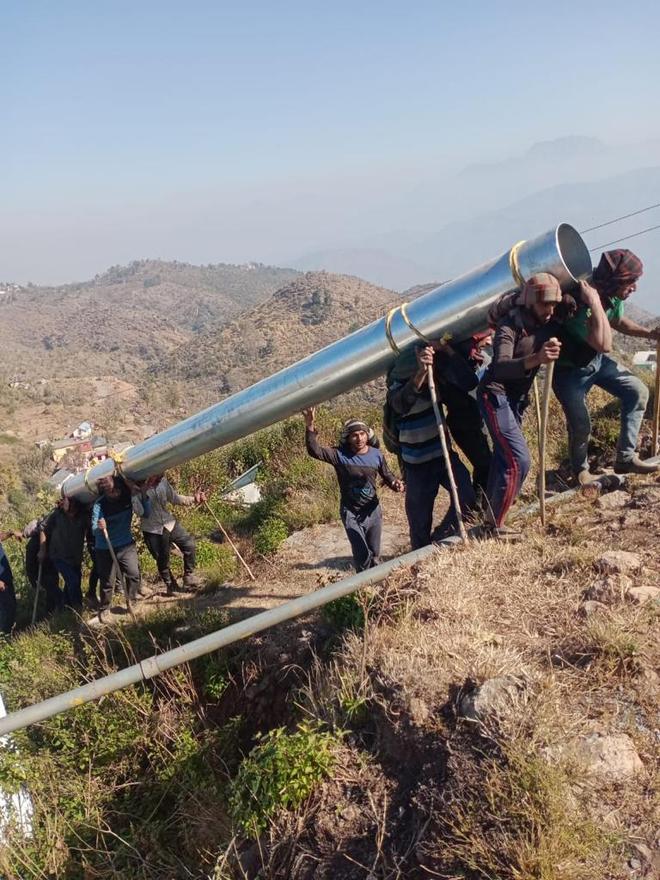 Workers carry a pipe for the bulk water supply project in Shimla district.

The bulk water supply project from Sutlej, which is a part of the $160-million World Bank-funded Shimla Water Supply and Sewerage Project, has received the much-awaited forest clearance. “A major hindrance in taking the project forward is now cleared. The forest clearance was the pre-condition for funding from the World Bank. Now, we will soon start final negotiations for the World Bank funding,” said Urban Development Secretary Rajneesh.

The World Bank has already approved the project in principle. “We kept pursuing the forest clearance and managed to convince the department that it would benefit a large number of people,” said the secretary.

This project, which involves the laying of a 22-km pipeline from the Sutlej till Sanjauli, will provide an additional 67 MLD water to the city. “The forest clearance will go a long way in providing Shimla residents a round-the-clock water supply. As many as five wards will start getting a 24x7 water supply from this year-end itself,” said Urban Development Minister Suresh Bhardwaj. “The project will take care of the city’s drinking water and sewerage requirement till 2050,” the minister said.

Following the forest clearance, 12.24 hectare of government land will be diverted to Shimla Jal Prabandhan Nigam Limited (SJPNL) for the laying of water pipes from Shakrari village, the starting point of the project alongside the Sutlej. “It is estimated that around 1,400 trees will be felled for the project, out of which around 900 are saplings. The saplings can be replanted elsewhere,” said an SJPNL official.

Digvijay Chauhan, an independent director in the SJPNL, said the forest clearance would give the project a much-needed thrust after the pandemic slowed it down. “The other issues like compensation and land acquisition are to be decided by the state government and much of it is already settled,” said Chauhan.