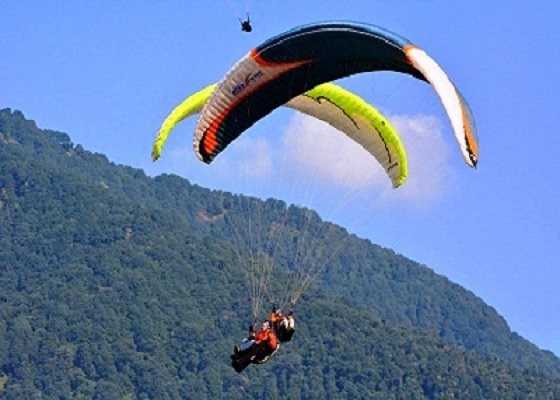 The Tourism Department today issued orders prohibiting five paraglider pilots from tandem flying till an inquiry into the racket of issuance of fake SIV certificates was completed. The police have been provided information regarding them for investigation.

These five paraglider pilots had got their licences renewed using advance SIV certificates issued by the same Uttarakhand-based institute, blank certificates of which Kullu SDM Vikas Shukla had seized.

Kullu District Tourism Development Officer Sunayna Sharma said that as per the rules, from May 31, 2022, the advance SIV certificate was mandatory for the pilots to acquire licence for tandem flying. She added that this certificate had been made mandatory even for the renewal of licences of old pilots but a two years period had been provided to them to do the course if they already have licences for commercial tandem flying.

The police, along with the Kullu SDM, had arrested Dhungar Singh, who hails from Nainital, and his accomplice from the Dhobhi paragliding site in Manali subdivision on January 22 and recovered blank certificates of an authorised training institute based in Uttarakhand. The accused had admitted that he had sold around 70 fake certificates for Rs 25,000 to Rs 50,000 per certificate.

These five paraglider pilots had got their licences renewed using advance SIV certificates issued by the same Uttarakhand-based institute, blank certificates of which were seized by Kullu SDM Vikas Shukla