Five years on, people hit by Himachal road project yet to get relief 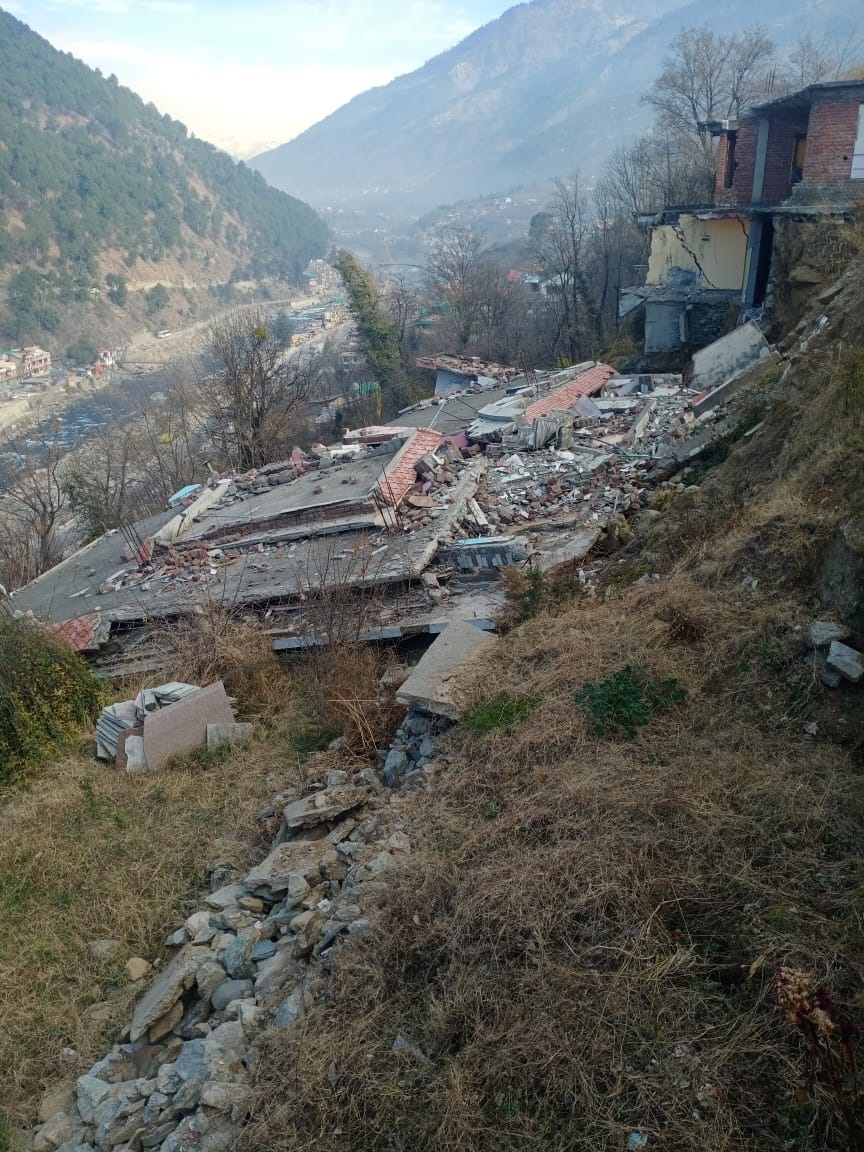 Six families of Deodhar village in the Kharal valley of Kullu district are running from pillar to post seeking compensation for their houses demolished in 2017 for the widening of the Jia-Ramshila stretch of the Nagchala-Manali road to four lanes.

Due to cutting of the mountain at Shangri Bagh, cracks had developed in many houses at adjacent Deodhar village and six houses were razed. The area was not acquired by the National Highways Authority of India (NHAI), thus the affected villagers did not get any compensation.

The affected villagers had sought compensation but they did not get relief. They alleged that their houses were damaged due to unscientific excavation of the hill by an NHAI contractor. They said they had approached the authorities concerned to erect stone fences where the excavation was being undertaken but to no avail.

They rued that no concrete measures were taken by the NHAI to protect their houses or provide compensation. They alleged that neither the administration, nor the government paid any attention to it.

Jai Narayan Sharma, Omkar Sharma, Kamlesh Sharma, Vikram Sharma, Sunil and Suchi Sharma said even after five years of demolition of their houses, they had not got any compensation.

The affected people said no one could understand their pain. They had lost their homes built with their lifetime earnings and were forced to live in rented houses. They urged the government to give compensation at the earliest.

Four-lane Sangharsh Samiti president Brajesh Mahant said the houses of many people had been destroyed due to the four-lane construction.

Kullu Deputy Commissioner Ashutosh Garg said the district administration had appealed to the government to ask the NHAI to provide compensation to the families.