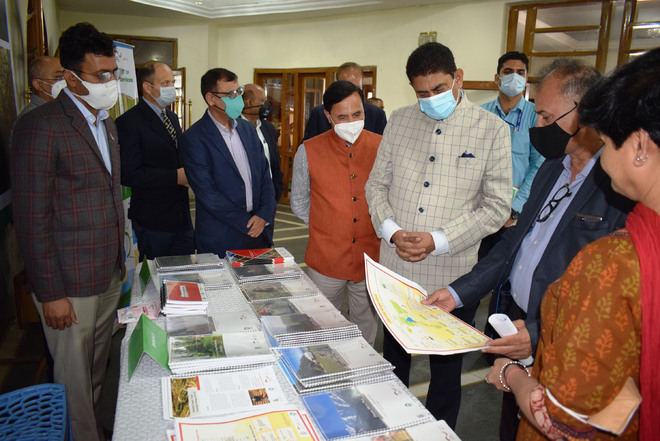 He said that Himachal Pradesh has a long history of implementing project in the forest sector with the coordination of bilateral and multilateral funding agencies.

“The project will focus on engaging with other line departments, private sector and Panchayati Raj Institutes to seek convergence of resources and capacities, with the objective of

He emphasized that the state has been a fore runner in implementing the policies and programmes that are relevant to protect environment and forests and help in mitigation of climate change.

The minister said HP has witnessed unprecedented all-round development under the leadership of Chief Minister Jai Ram Thakur and has achieved exceptional progress in the core areas of health, education, infrastructure development and upliftment of poor.

Additional Chief Secretary Forests Nisha Singh said that this project will be able to achieve its targets and hoped that learnings from the project wouldl be implemented to help the rural community in the state.

Died after a prolonged illness at a hospital in Dubai