Rinpoche had passed away in 2015 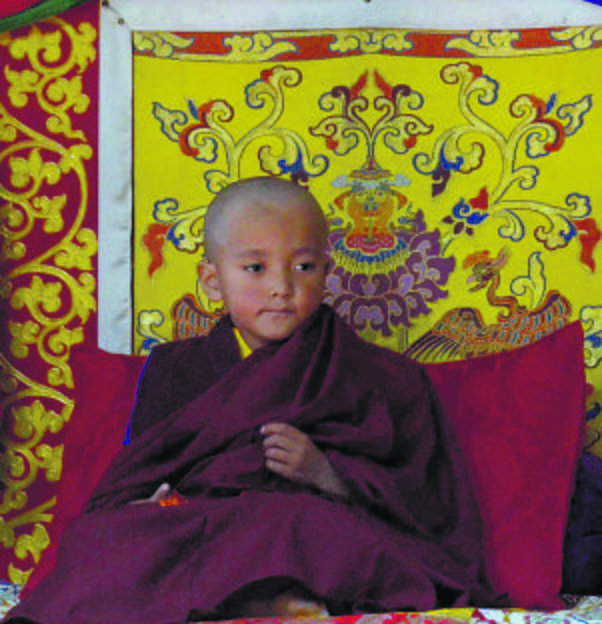 Four-year-old Nawang Tashi Rapten was formally identified as the reincarnation of Taklung Tsetrul Rinpoche, the head of the Nyingma School of Tibetan Buddhism, in an elaborate religious ceremony at a Buddhist monastery here today. Rinpoche had passed away in 2015.

For his formal identification as their religious teacher, several Buddhist monks welcomed Nawang at the monastery. Following the ceremony comprising several rituals, including shaving his head and changing into traditional dress, the boy formally became a monk and their religious guru. Buddhist monk Namkhai Nyingpo Rinpoche from the Lhodrak Kharchu monastery of Bhutan performed the rituals.

“We have been waiting for this moment for the past seven years. It’s a very auspicious occasion for the Buddhist community,” said a Buddhist monk after

Tibetan monks had identified the boy as Rinpoche’s reincarnation earlier this year at his village in the Spiti valley. Following today’s ceremony, Nawang, a nursery student at Serkong Public School at Tabo in Lahaul and Spiti, will start his religious education at the Dorjidak Monastery in Shimla.

For the family, the identification of their little one as an incarnation of the revered religious teacher is a matter pride. “It’s a proud moment for us as well as the Spiti valley and the state. When monks came to us looking for him and told us that he was the reincarnation of our great religious teacher, we happily agreed to give the boy to them,” said the boy’s grandfather. “We are extremely happy to see him turn into a monk.”