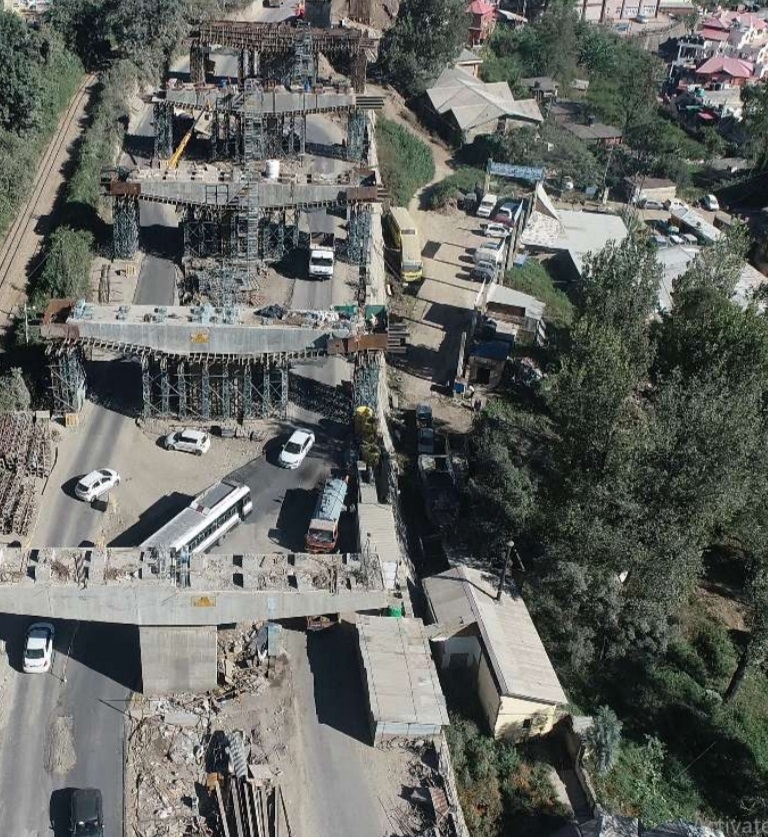 A flyover under construction at Chambaghat in Solan.

Running behind schedule, Airef Engineers Private Limited, engaged in the widening of the Solan-Kaithlighat highway to four lanes, has speeded up the work to meet the extended deadline of November 2022.

The work to lay girdles on the piers of the under-construction flyover at Chambaghat began today. There are 19 spans and once girdles are laid, the slab will be laid to facilitate traffic. The traffic will be channelled through the flyover while local traffic will be diverted below it.

The work to widen the 22.91 km stretch on the Kalka-Shimla highway was assigned in December 2018 and was supposed to be completed in 30 months. However, barely 44 per cent work has been completed. Officials of the NHAI have directed the company staff to speed up the work.

Project Director, NHAI, Suresh Sharma said a key stage of laying girdle on the p2-p3 piers for the flyover had been executed at Chambaghat. The 600-mt flyover is being constructed at a cost of Rs 80 crore.

Sharma said the company had been given a fresh deadline of November 2022 to complete the road widening work from Solan to Kathlighat. “Six months were lost due to Covid last year and the pace of the work was slowed. The staff, however, utilised the absence of traffic on the road during the pandemic to speed up the work”.

He said 11 km of the 22.91 km road had been widened and the construction of another flyover at Kandaghat, three railway overbridges and a tunnel was among the major works yet to be completed.

This is the third phase of the National Highway Development Project. The road is being constructed on the engineering, procurement and construction mode. 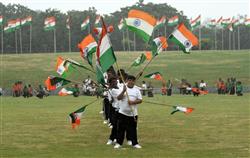