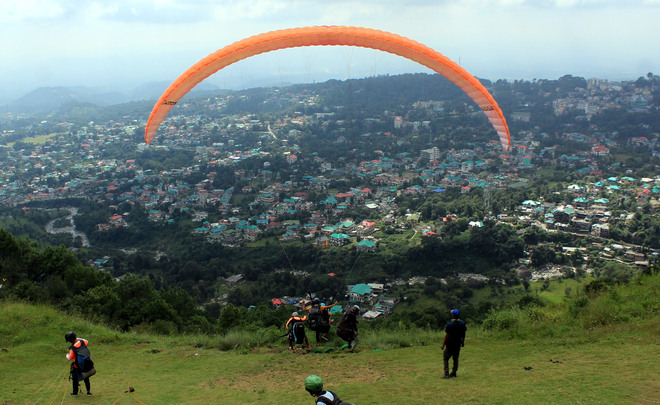 The government has allowed paragliding to resume in Bir Billing and Dharamsala. Paragliding was banned due to Covid-19.

However, despite the government allowing paragliding, those involved in profession say that the operations are unlikely to resume till the second week of October as the region was experiencing heavy rain. As the rain is likely to continue till the first week of October not many tourists were travelling to the area.

Gurpreet Dhindsa, who runs a paragliding school in Bir, said that September was not good for paragliding as the skies remain overcast and it rains heavily in the region. The paragliding operations are likely to begin in Bir in the second week of October when the weather for sports becomes ideal.

About 150 trained pilots earn their livelihood from paragliding in Bir area. Rakesh Kumar, a resident of Bir, said that though there was no paragliding for the past almost two years due to the pandemic, the economy of the area has not been hit that badly. There are about 2,000 IT and other professionals who have moved to Bir and are staying in homestays. They are working online from Bir and have helped sustain the business in homestays and restaurants in the area.

There are about 200 homestays registered with the tourism department in Bir Billing area.

Those involved in paragliding are waiting for skies to clear so that they can take to skies and attract people towards the adventure sport.