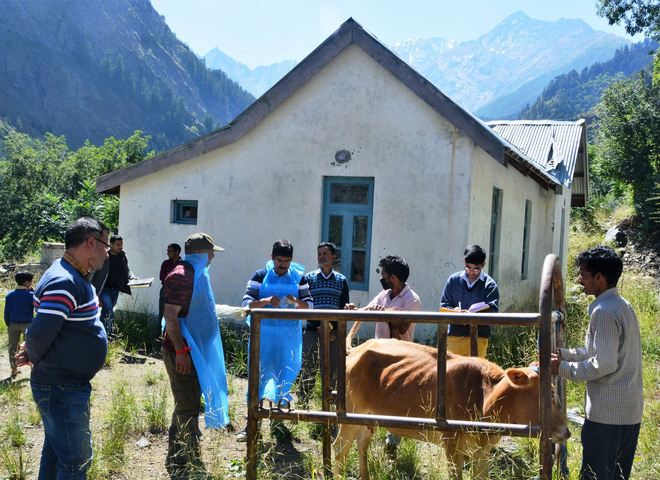 Most of the long-pending demands of Himachal Pradesh Veterinary Officers Association (HPVOA), including filling of 25 posts for creating cluster sub-cadre, appointment of Data Entry Operators, providing tablets/mobile phones and issuing of identity cards to the staff were accepted by the government and in many cases orders have also been passed.

“The demands were discussed during a meeting between representatives of the HPVOA and Additional Chief Secretary (Animal Husbandry), Nisha Singh and several long-pending demands were settled”, said General Secretary of the Association, Dr Madhur Gupta.

The orders have been passed for moving the case for revival of post Additional Director for approval of the Cabinet. Drawing and Disbursing officers (DDOs) have been directed to appoint data entry operators in a time-bound manner at the departmental level so that the veterinary officers (VOs) are relieved of stress.

The orders have been conveyed to Director, Animal Husbandry, to identify para staff/PVAs and attach them at sub divisional veterinary hospitals (SDVH) permanently and train them for data entry.

The association apprised that field officers of the department were not having official Identity cards which created a lot of trouble to them during the lockdown phase as they had to struggle to prove their identity before the police and the administration. The ACS issued orders that I-cards must be issued within a month.

The ACS directed the Director, Animal Husbandry, to opt for standardised procedures across the state to deal with biomedical waste management.

The ACS informed that the case for strengthening of SDVH/VPC has already been sent to the Finance Department for approval.