This highway provides access in Spiti valley from Lahaul and Manali sides. 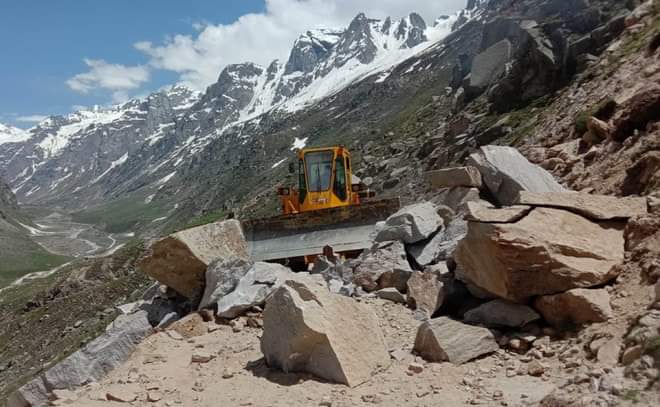 The Gramphu-Kaza road was blocked due to a massive landslide at Dorni Nullah in Himachal's tribal district Lahaul Spiti on Wednesday. As a result, traffic movement has come to a standstill on this highway.

This highway provides access in Spiti valley from Lahaul and Manali sides.

Superintendent of Police, Lahaul Spiti, Manav Verma, said that the Border Roads Organization authority has said that Gramhu-Kaza road was blocked at Dorni Nullah in the region.

He said that the administration was working on clearing the route and it will be opened by tomorrow.