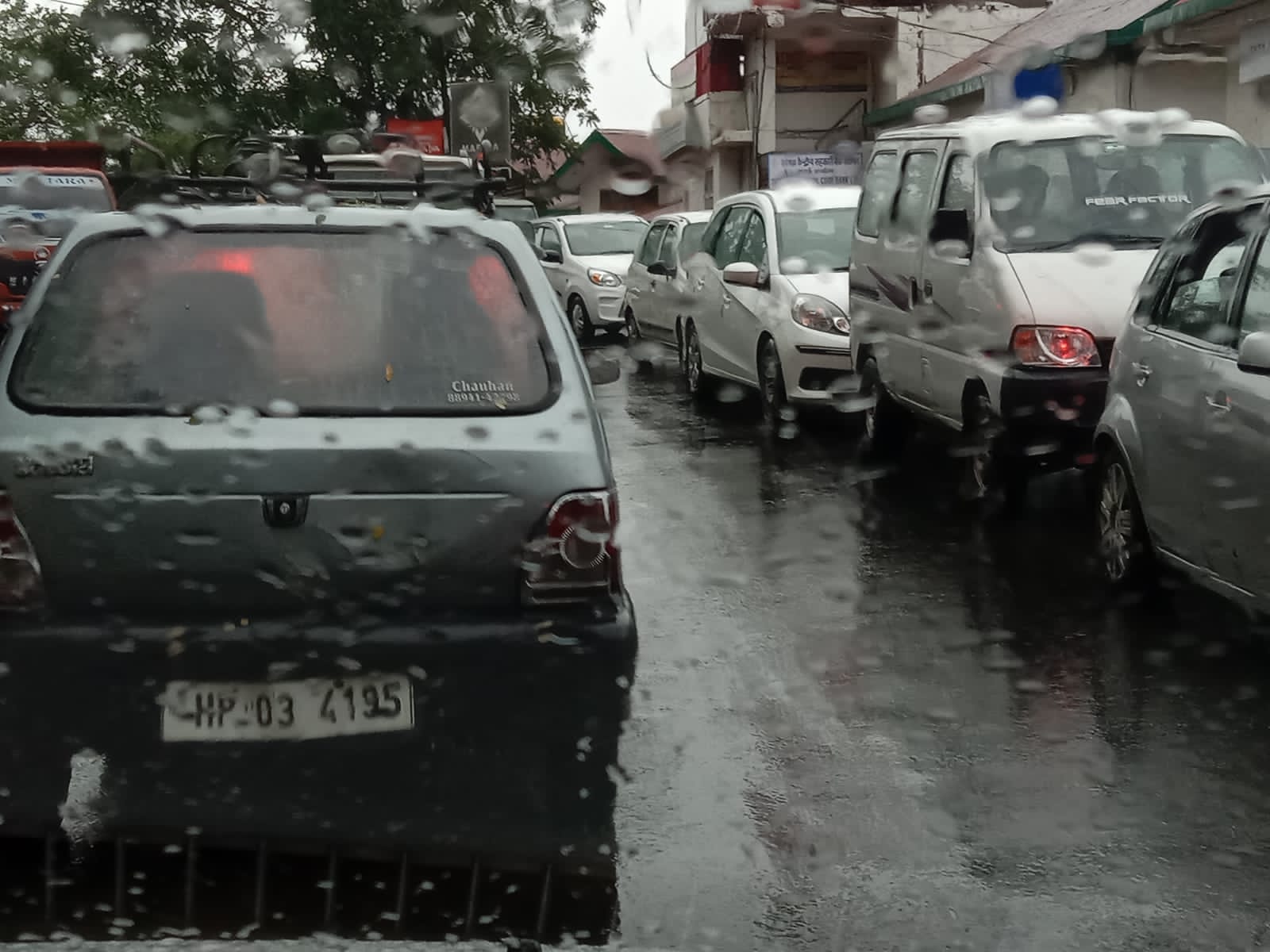 Vehicles stranded between The Lift and Tolland in Shimla on Monday.

A traffic jam, about 2 km long, was witnessed from the Lift to Tolland in Shimla today. All traffic junction points, including Victory Tunnel, Tutikandi Bypass, Khalini Chowk, Sanjauli were also choked with traffic.

Tourism stakeholders said the lack of vision, poor planning and concentration of infrastructure at a few places have made the ‘Queen of Hills’ prone to frequent traffic jams and travelling in the city has become a painful experience. A large number of vehicles during the tourist season further adds to the problem.

“As many as 19,086 vehicles entered Shimla from Solan from Friday morning (8 am) to Monday evening (6 pm),” said Shimla SP Monika Bhutunguru, adding that 225 police personnel, besides 40 volunteers, had been deployed for maintaining traffic in Shimla.

“The widened road from The Lift to Tolland has been converted into a roadside parking as people waiting to get space in The Lift parking park their vehicles on roadsides, leading to traffic snarls and even the traffic challans by the police have failed to resolve the issue,” said Rohit, a local resident.

The density of vehicles is quite high on Shimla roads. The parking space available with the Municipal Corporation and hotels is for about 4,000-5,000 vehicles while the rest of the vehicles are parked on roadsides, giving narrow passage for vehicles moving on the Cart Road.

“It takes almost one and a half hour to reach Shimla from Shoghi. There is a dire need to control the vehicle inflow — right from the entry of the district —- through traffic lights. There are seven bifurcations between the entry point to town. Stopping vehicles for two minutes on every light would help clear traffic,” said Tourism Industry Stakeholders Association president Mohinder Seth.

system and a shuttle bus service from Tutikandi parking so that the tourists could conveniently park their vehicles near the new bus stand. Shimla city should be declared a ‘no overtaking zone’, idle parking should be banned in the city and construction material piled on the roads should be immediately removed for a smooth traffic flow, suggested residents.

Over 19K vehicles entered in 4 days