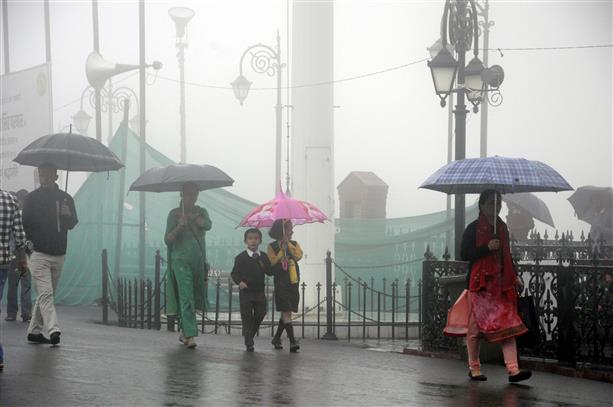 People during a rain spell at the Ridge in Shimla. Photo: Lalit Kumar

A family was evacuated after their house was rendered unsafe as the retaining wall gave way following a landslide in Bangala Colony of Tutu in the suburbs of Shimla city today.

As many as 45 roads (28 in Kullu, nine in Mandi, seven in Solan and one in Chamba) are closed for vehicular traffic due to rain-related incidents and 41 transformers and four water supply schemes are disrupted.

Keylong was coldest during the day with a low of 14 degree C while Una with 35 degree C was hottest in the day.