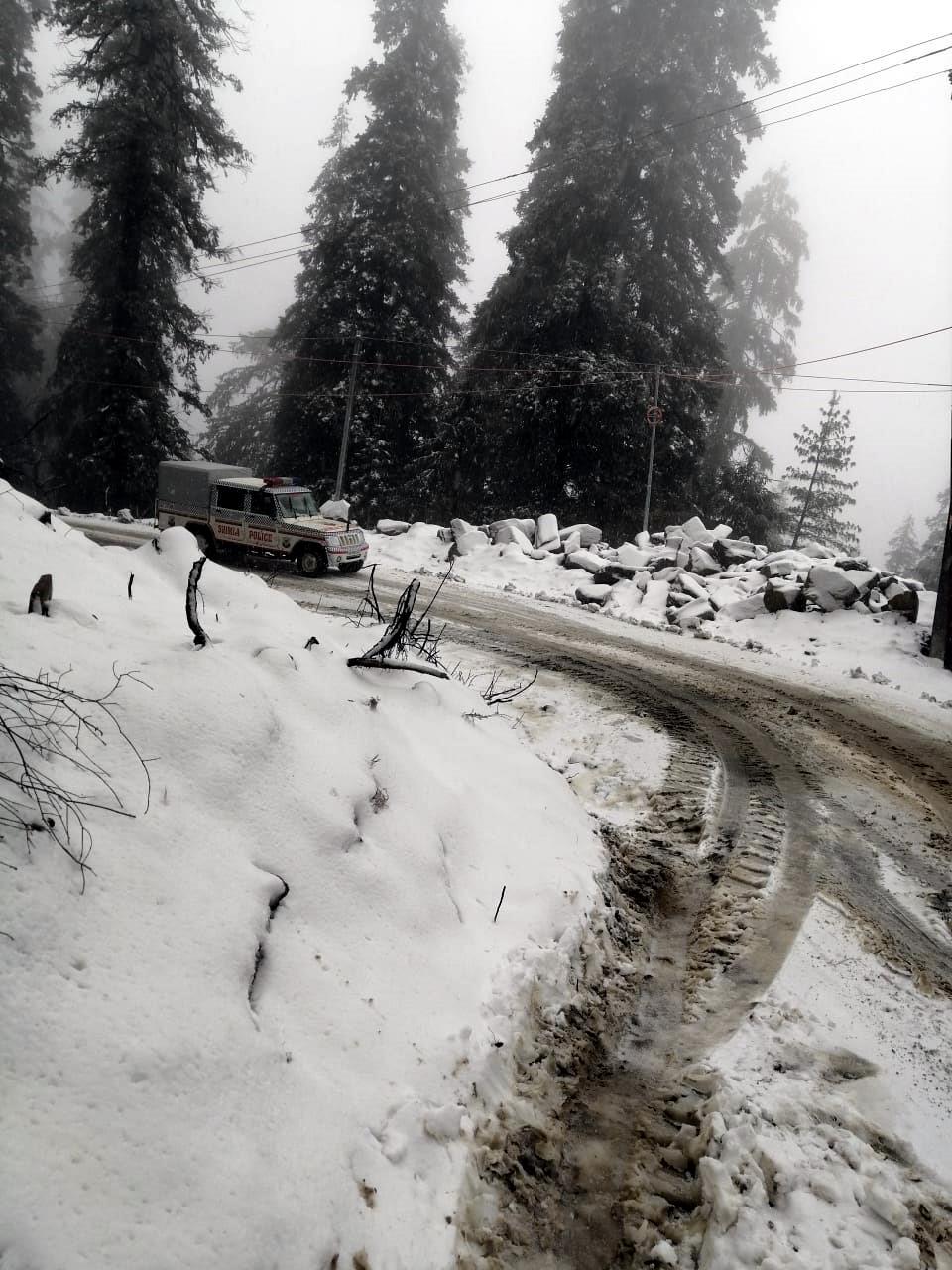 High hills of Bharmour and Pangi and the Lakkarmandi ranges of Dalhousie have been experiencing heavy snow since last night, disrupting the movement of people in the interior villages.

The local link roads in the mountainous terrains had been blocked and slippery, posing risk for commuters. Electricity supply had also been hit in the upper ranges.

Meanwhile, Deputy Speaker Hans Raj today took stock of the electrical arrangements during snowfall in Bairagarh, Satyas and Bounderi in the upper areas of Churah. He told the HPSEBL Executive Engineer to restore electricity to the areas where the power system had been disrupted due to snowfall.

Executive Engineer Pawan Kumar Sharma, who also accompanied the Deputy Speaker during his visit to the remote areas, said additional teams had been formed and as soon as the snowfall stopped, power supply would be restored. — OC