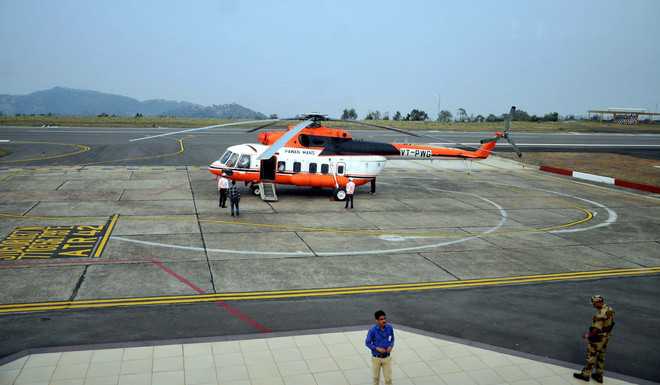 The Chamba Welfare Association, an NGO, has demanded heli-taxi service at least once a week from Chamba to Shimla, Chandigarh and Amritsar. File photo

The Chamba Welfare Association, an NGO, has demanded heli-taxi service at least once a week from Chamba to Shimla, Chandigarh and Amritsar.

Association president AK Bhardwaj and general secretary SK Kashmiri in a statement to the media apprised the government that Chamba was the farthest place from Shimla, Chandigarh and Amritsar and the journey to these faraway cities was an arduous task.

They said people of this far-flung terrain had to visit Shimla, Chandigarh and Amritsar frequently, especially for the purpose of medical treatment of referred emergency patients at the IGMC and PGI.

Moreover, the heli-taxi service would be a much-needed fillip to “Chalo Chamba” campaign of the government promoting tourism activities in the region, they said.