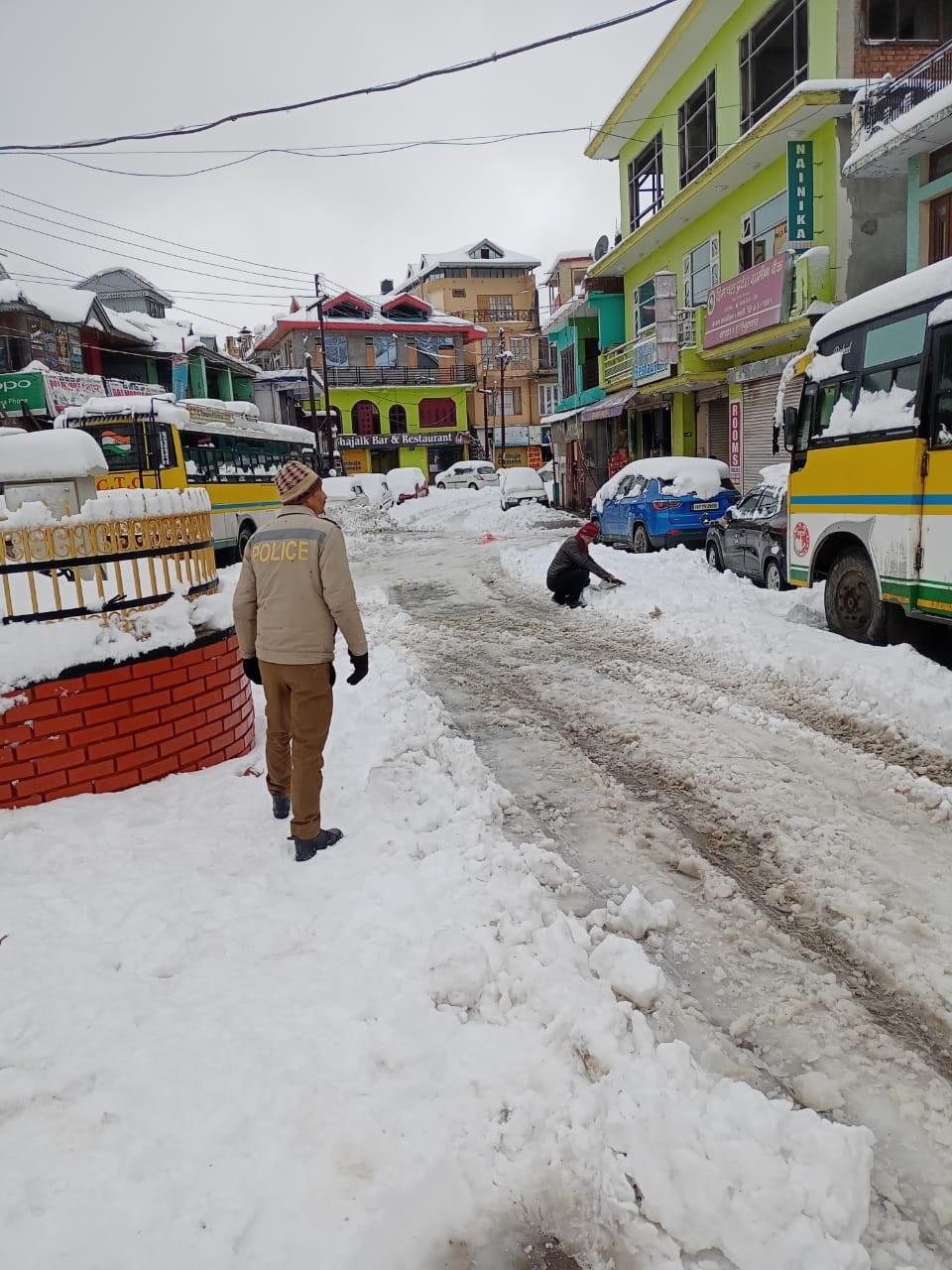 A major part of the trans-Giri area in Sirmaur district, comprising Haripurdhar and Nohradhar, was cut-off from the rest of the region as heavy snow lashed the area last night. The area also plunged into darkness as the inclement weather disrupted electricity infrastructure.

Nearly one feet snow was registered in the twin peaks which compelled the residents to stay indoors. Power supply was disrupted since last evening which aggravated the hardships of the residents.

Two roads were blocked in the Sangrah sub-division while the Rajgarh and Nahan sub-divisions faced severe power disruptions till this morning.

The district administration pressed earth excavation machines to restore the blocked roads and provide relief to the residents while work to restore power was also underway.

Superintending Engineer, Power Department, Sirmaur, Mandeep Singh, informed that power in key towns like Nohradhar, Haripurdhar and Panog was restored today. As many as 75 transformers were disrupted and work was underway to restore them in the precincts of these towns.