Himachal extends curfew until May 31 despite drop in Covid cases

Cabinet to review decision on June 1 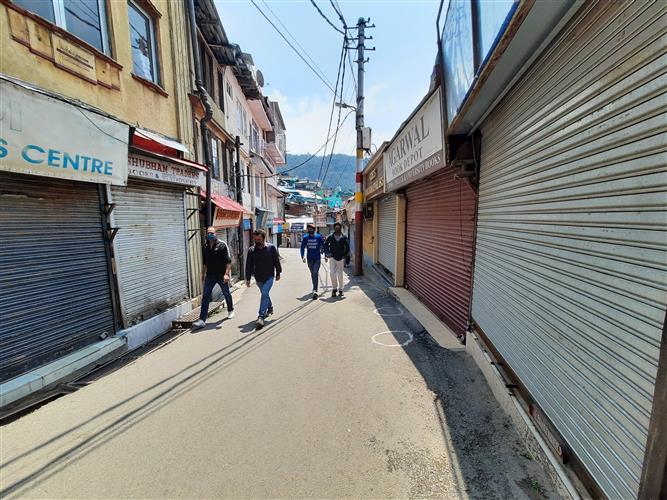 Some people walk through a closed market in Shimla. Tribune photo

Himachal Pradesh government extended curfew restrictions in the state by a week on Monday, officials said—a development that comes despite a significant drop in Covid-19 cases in the state.

Himachal Cabinet, which met on Monday, decided it was extending curfew restrictions until May 31.

The cabinet will review its decision on June 1, officials said. The decision came after the health department recommended an extension to the restrictions despite a decline in cases.

Himachal reported 1,309 new cases on Sunday. Despite a drip in cases, deaths remain a matter of worry—the state reported 59 deaths from Covid-19 on Sunday. The development comes despite a significant pushback to curfews from traders, who want the government to allow them open up shops. Traders have been demanding that they should be allowed to open their shops every other day.

Several state governments, including those of  Delhi, Haryana, Rajasthan and Puducherry, have decided to continue with their lockdown restrictions until the end of May.