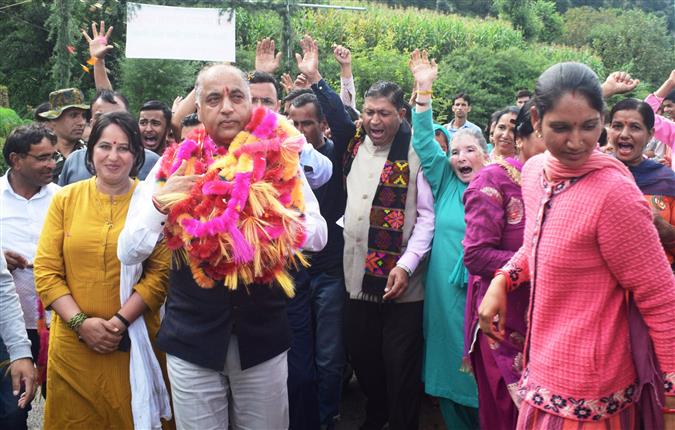 Chief Minister Jai Ram Thakur addressed public meetings at various villages in the Seraj Assembly constituency of the district today. He said that there had been overall development in all Assembly constituencies of the state during the tenure of the present BJP government.

Thakur said that a kanungo circle would be established at Deodhar. He announced a veterinary dispensary for Salahar. He directed HRTC officers to complete formalities for starting a new bus service from Gohar to Janjehli.

He claimed that the government had given priority to the development of rural areas and made concerted efforts for the welfare of the poor and needy. He urged people to support the BJP in the forthcoming Assembly elections and make its ‘Mission Repeat’ successful.