Himuda to remove encroachments in in Parwanoo : The Tribune India

Himuda to remove encroachments in in Parwanoo

Process to issue notices has begun 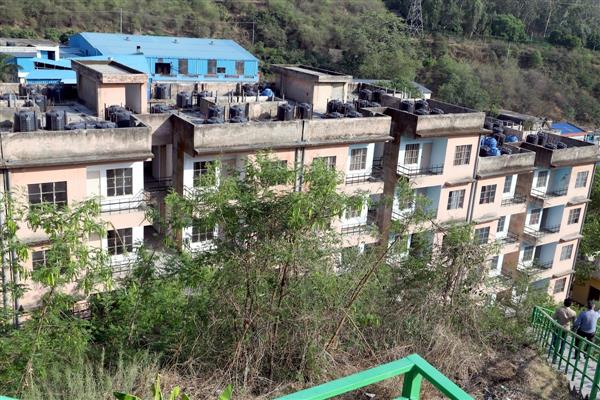 Housing Board flats lying vacant for years in Parwanoo town.

The Himachal Pradesh Housing and Urban Development Authority (Himuda) has initiated a move to remove illegal shanties set up in Parwanoo.

Slum dwellers are provided permanent water as well as power connections by the civic body. Though they earlier drew water from the public taps, later they were provided connections. The lure of gaining electoral support from the dwellers has dissuaded the civic body from acting against them. The process to issue notices to encroachers has begun by the Himuda staff.

The staff said the authority had no land in the town for undertaking commercial activities and it was important to rid their land of encroachments. The civic body should either purchase this land and give it to slum dwellers or rid the encroachments.

As many as 133 flats developed under the Integrated Housing and Slum Development Programme in 2008-2009 in the town are lying unoccupied. These flats have not been allotted to slum dwellers.

The Ministry of Housing and Urban Poverty Alleviation had formulated guidelines for the programme for providing shelter and basic infrastructure facilities to slum dwellers.

These flats were used as Covid centres during the pandemic by the Parwanoo Industries Association. In the absence of any repair, these are in a dilapidated condition.

Though efforts were made to auction and convert these into the affordable rental housing complex by the Department of Urban Development, it has borne no fruit.