Hit by disease, paddy yield may fall by 10% in Himachal Pradesh : The Tribune India

Hit by disease, paddy yield may fall by 10% in Himachal Pradesh 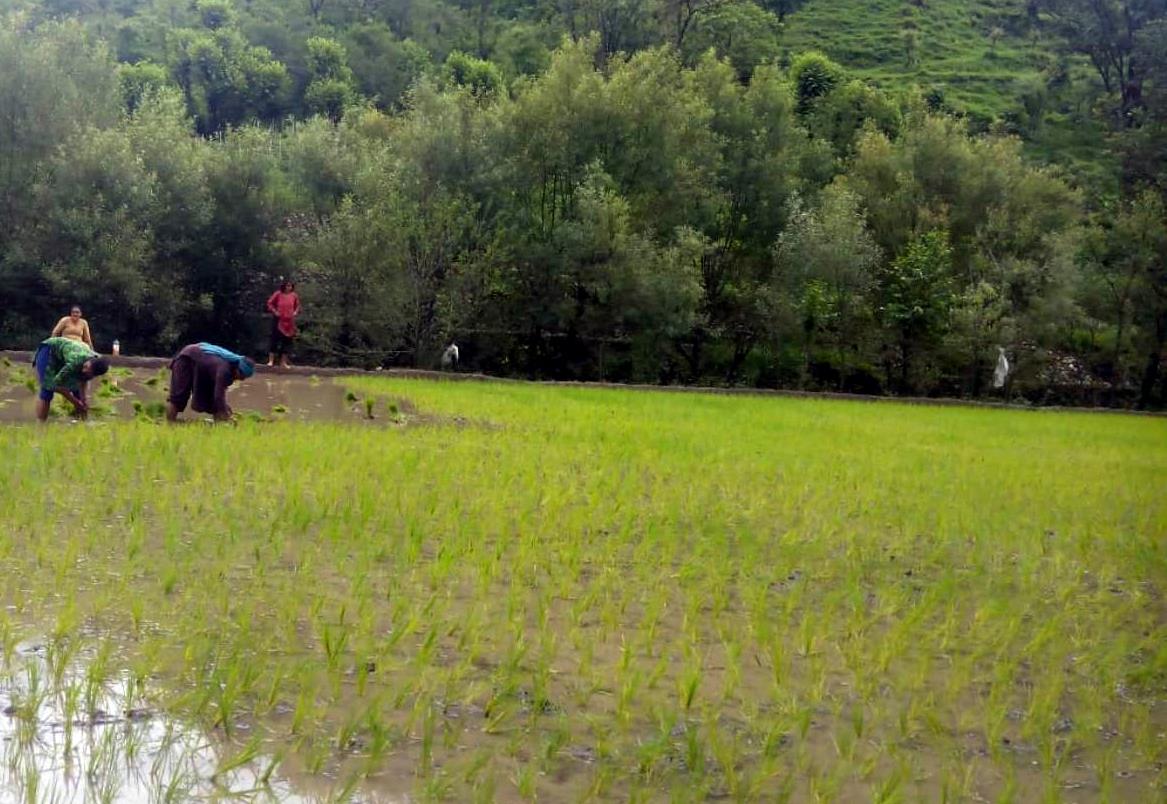 About 10 per cent shortfall is expected in the paddy production in the state during the kharif season as southern rice black-streaked dwarf virus (SRBSDV), also known as dwarf disease, has damaged 20-50 per cent of the paddy crop in Sirmaur district.

The virus is transmitted by white-backed plant hopper (WBPH) in a persistent circular and propagative manner. The crop turns yellow and leads to stunting of paddy. The infected plants have shallow roots and could be easily uprooted.

Last year, the paddy production in Sirmaur district was 15,000 metric tonne (MT). This year the area under paddy cultivation in Sirmaur is about 7,600 hectares and the target was 28,000 MT but the SRBSDV has damaged 20-50 per cent of the paddy crop in this district and there will be a shortfall of 10 per cent in the total paddy production, said Director, Agriculture, BR Takhi.

As the reports of virus damaging the crop poured in, agriculture experts had advised farmers to remove paddy from farms and sow ladyfinger (alternative crop), he said and added that losses of most of the farmers would be covered under the Pradhan Mantri Fasal Bima Yojna.

The Indian Council of Agriculture Research has advised farmers to regularly monitor the rice/paddy crop, discard infected seedlings in early growth and tilt and tap a few plants twice or thrice a week to ensure that there is no presence of the WBPH.