Hoteliers say no to ‘quarantine tourism’ proposed by Himachal government

Press for a safe revival of the badly-hit tourism industry 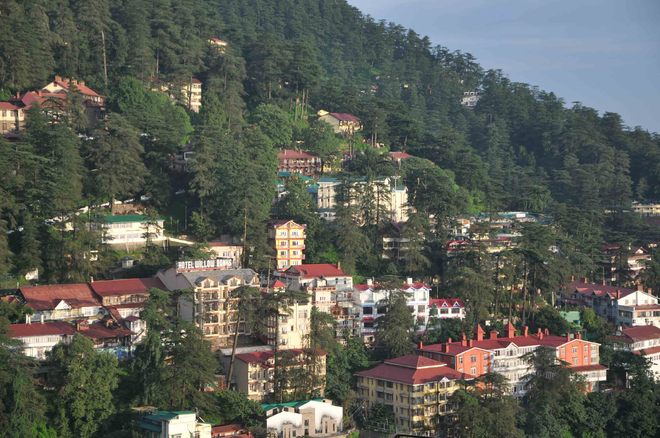 The peak of summer tourist season in Himachal Pradesh is over with zero profits. The hoteliers in the state capital, tribal areas and other parts of the state have rejected the state government’s proposed “quarantine tourism” to ramp up the tourism sector badly hit by the lockdown since March 20.

According to the hoteliers, the main summer tourist season from April to June was nil and over.

“It is not prudent enough to open hotels for tourists amid the surge in the COVID-19 infections in the state and the country as a whole,” they cautioned.

The Shimla Hotel and Restaurant Association said “no” to the government’s quarantine tourism, allowing the outsiders to stay in hotels for 14-day long quarantine.

The Lahaul and Spiti Hoteliers’ Association, along with other public bodies and panchayats in the tribal belt, have already locked the valley for outsiders, including tourists.

Many similar other bodies in Kullu Manali, Chail and Dharamshala have also conveyed their decision not to open the hotels, home-stay units and resorts to tourists for “quarantine tourism”.

“If the hotels, resorts and home-stay units are opened, tourists could import the virus, which in turn will pose a risk to the staff, guests and local citizens,” said Sanjay Sood, president, Shimla Hotel and Restaurant Association.

“We have conveyed our decision to Chief Minister Jai Ram Thakur and the Tourism Department not to open the properties for quarantine tourism till some vaccine is available and cases recede,” he added.

As far as the proposed “quarantine tourism” is concerned, hoteliers do not feel it would be a good step for tourism in Himachal Pradesh, Sood said, adding “this could be unsafe for the employees, our properties, and most importantly, our citizens in towns and villages.”

The captains of the hospitality sector said the industry supported the Chief Minister’s decision to close borders of Himachal to tourists to check the import of the virus from outside.

All stakeholders came together on a single platform and locked the tribal belt for outsiders as soon the cases started increasing in the state, Ladakh and Jammu and Kashmir in March-April, said Tashi Hayarpa, president, Lahaul-Spiti Hoteliers Association.

“Today, we and our children are safe. No case has been reported in Lahaul-Spiti so far. We will not open hotels and monasteries this year. Life is more important than tourism,” he added.

Himachal was broadly safe and we did not support the move to open borders for tourism as cases were going to increase manifold in June and July, said the hoteliers.

“Since cases are on the rise in Maharashtra, Gujarat, Delhi and Punjab, we should not consider opening hotels till at least end of August or September, unless we have a vaccine to cure COVID-19,” the hoteliers opined.

“It does not make sense at this point of time to open the state to tourism till there is normalcy in the domestic and international air traffic and all inter-state borders are open,” said Nakul Khullar, a hotelier from Kullu-Manali, adding that the government must concentrate on quarantine and testing to prevent the spread of the pandemic in the community.

He said the hoteliers would have two to three months to train the employees as per the COVID-19 guidelines to take care of the guests, themselves and the properties.

“We suggest the government should take members of all hotel associations of Himachal in the loop for a safe revival of the tourism sector, waiving all charges incurred on the publicity,” Khullar added.