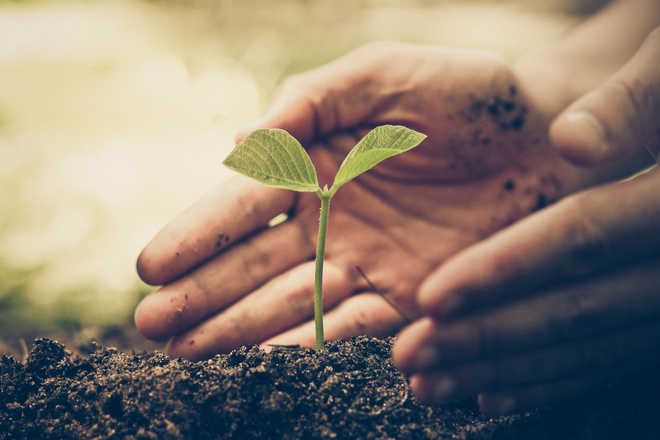 After offering pest-free potatoes and exotic vegetables that are foodies' delight, farmers of Himachal Pradesh are set to add flavour to the Indian culinary life by offering home-grown asafoetida (heeng) -- a first for the country -- in the coming years.

Agriculture Minister Virender Kanwar told IANS on Sunday that the first plantation of asafoetida, which gives a zing to the recipes due to its unique pungent smell owing to high sulphur content, was done successfully on an experimental basis in Kwaring village in Lahaul Valley at an altitude of 11,000 feet on October 15, 2020.

Thereafter, 'heeng' cultivation was also taken up in the state's other high-altitude areas like Keylong, Beeling and Madgran in Lahaul-Spiti district, Janjhehli and Moviseri in Mandi district and Kalpa and Pooh in Kinnaur district.

The expensive oleo-gum-resin will be ready for extraction from the roots of the plants after five years of plantation, he said.

Heeng, a perennial plant, is otherwise native to the deserts of Iran and mountains of Afghanistan, where it is grown in substantial numbers.

'Heeng' is one of the widely used spices in Indian cuisine, and the country consumes around 50 per cent of the total world production. Currently, around 1,200 tonnes of raw 'heeng' worth around Rs 600 crore is imported annually, mainly from Afghanistan.

At present, 5,000 square metres of land has been covered by 'heeng' plantation in Himachal Pradesh. Approximately 302 hectares would be brought under its cultivation in five years under the pilot project.

Kanwar said that more snow-bound areas would be brought under 'heeng' cultivation if the project is a success, which is monitored by the Council of Scientific and Industrial Research (CSIR)-Institute of Himalayan Bioresource Technology (IHBT) based in Palampur and the Agriculture Department.

The Indian Himalayas with dry and extremely cold conditions and an annual rainfall of not more than 200 mm are considered conducive to 'heeng' cultivation.

Scientists say since the plant roots penetrate very deep, sandy and clay soil is best suited for its cultivation.

As per the Agriculture Department, 2,100 'heeng' saplings have been provided to 45 farmers and 1,233 saplings planted at an experimental farm of the CSIR-IHBT.

As part of the project, a capacity-building programme was organised for officers of the department in July 2020. The department is identifying farmers and providing them seedlings, technical know-how, and other infrastructure free of cost to motivate them to go for 'heeng' cultivation.

The farm scientists of the CSIR-IHBT are providing the technical know-how to update the skills of the farmers involved in the pilot project.

Kanwar pointed out that the cultivation of 'heeng' held the potential to change the economic condition of people living in cold desert areas of the hill state.

The ultimate aim is, the Minister said, to prepare the state for the cultivation of 'heeng' on a commercial scale.

"There is hardly any Indian kitchen that does not use 'heeng'. Its cultivation will not only help save foreign exchange but also boost the economy of tribal regions that remain covered in snow for the most of the year," the Minister added.