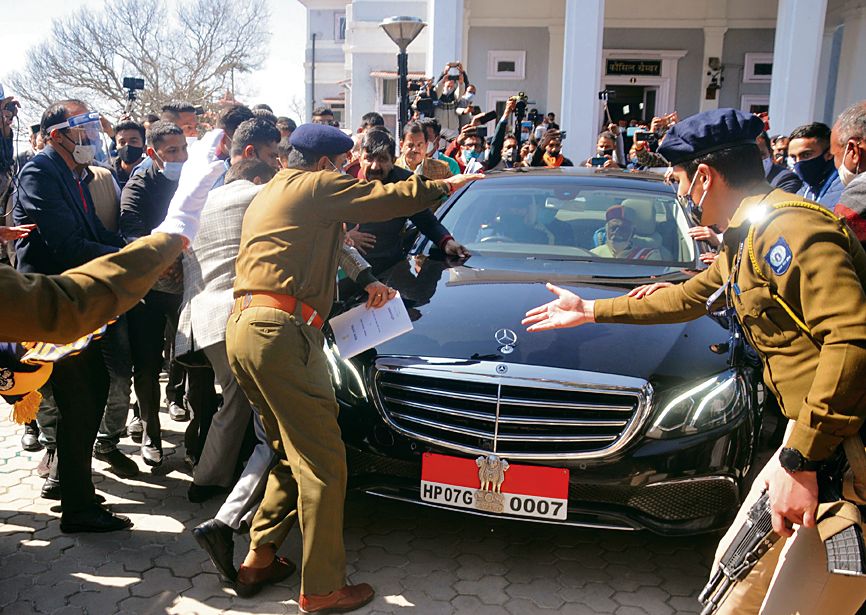 There was chaos outside the office of the HP Speaker with Opposition MLAs trying to block the vehicle of Governor Bandaru Dattatreya as he was leaving for Raj Bhavan after cutting short his Address following a ruckus inside the House. Subsequently, five MLAs were suspended.

Earlier inside the House, as the Governor began his speech, he was interrupted by Congress MLAs, who asked him as to why there was no mention of price rise, unemployment and hike in fuel rates. Within 15 minutes, the Governor announced that the Address may be “considered as read” and left amid the din.

“The session being held after almost a year, the Governor should have read out the entire speech. We (Congress MLAs) were manhandled even though we were only raising slogans. We did not touch the Governor, Chief Minister or ministers,” the CLP Leader claimed. But Parliamentary Affairs Minister Suresh Bhardwaj claimed the Governor was manhandled.