EAR TO THE GROUND: Kinnaur 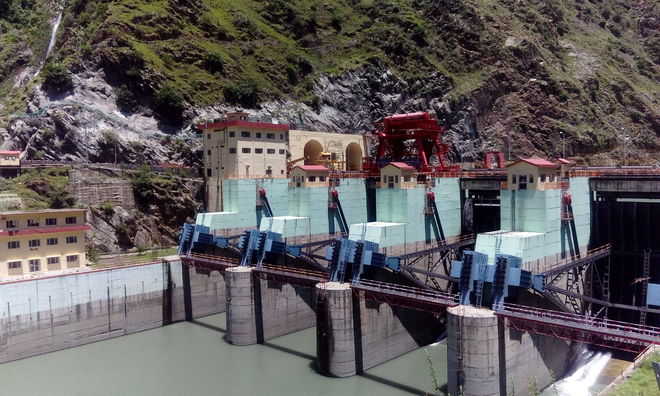 The construction of hydropower projects has resulted in climate change and incidents of cracks developing on the walls of houses in nearby villages due to digging for tunnels, says RS Negi, convener of the Him Lok Jagriti Manch, a retired IAS officer. 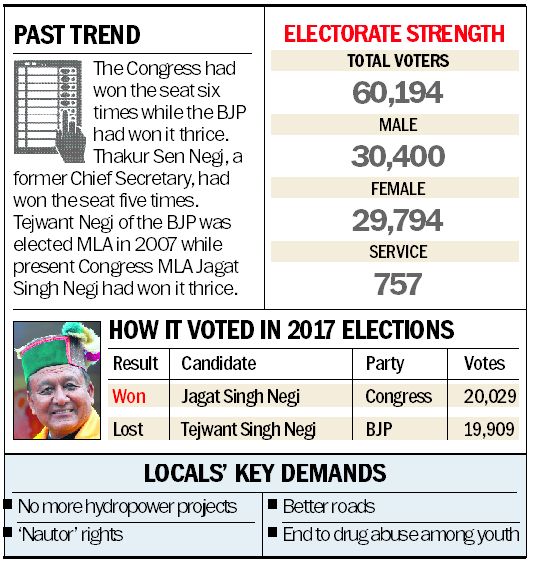 People are also upset over sloppy implementation of the Forests Right Act (FRA) and an inordinate delay in the grant of ‘nautor’ land. The process of giving land on lease under the Forest Rights Act has been initiated as per the 2002 list but still over 6,600 cases are pending. Other issues are bad roads, drying up of springs, impact of climate change on crops, especially apple, and drug abuse among the youth.

A tough contest is on the card between sitting Congress MLA Jagat Singh Negi, son of Gian Singh Negi, the first MLA from Kinnaur, and BJP candidate Surat Negi, Vice-Chairman of the HP Forest Corporation. Former BJP MLA Tejwant Singh Negi, who lost in 2017 by 120 votes has filed nomination as Independent candidate.

Jagat Singh Negi also faces factionalism from Youth Congress president Nigam Bhandari. The BJP and the Congress are grappling with factionalism and the party, which is able to quell the brewing rebellion, will have an edge.

This tribal constituency has produced the maximum number of civil services officers in proportion to population. The electorate here is politically mature and quite capable of gauging the mood of the nation.

Kinnaur remains snowbound during the winter and elections in the constituency were traditionally held in May or June, after the government had already been formed.