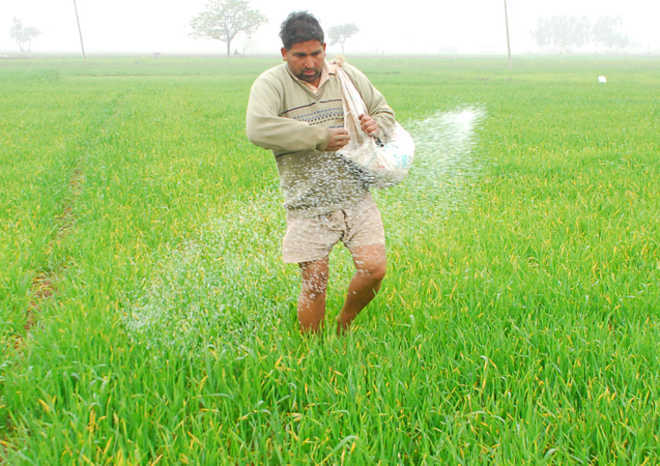 The Indian Farmers Fertilisers Cooperative (Iffco) has called upon farmers to switch to nano fertilisers since these are cost-effective and ecologically better than traditional chemical fertilisers. Photo for representation only. File photo

The Indian Farmers Fertilisers Cooperative (Iffco) has called upon farmers to switch to nano fertilisers since these are cost-effective and ecologically better than traditional chemical fertilisers.

In a press note, Dr Bhuvnesh Pathania, Himachal Pradesh Chief Manager of Iffco, has said that the use of large-scale leading to an irreparable damage to soil structure, mineral cycles, soil microbial flora, plants, and on food chains across ecosystems, leading to heritable mutations in future generations of consumers.

Pathania says that nano particles in fetilisers create a “smart delivery system” for essential items to be easily absorbed by plants. They can increase the nutrient use efficiency through mechanisms such as targeted delivery by slow or controlled release. He adds nano fertilisers can precisely release their active ingredients in response to environmental triggers and biological demands.

Pathania says that it has been reported that nano fertilisers improve crop productivity by enhancing the rate of seed germination, seedling growth, photosynthetic activity, nitrogen metabolism and carbohydrate and protein synthesis. He adds that a wide range of nano fertilisers like nano nitrogen, nano NPK and other nano nutrients are available in the market.

He says that nano fertilisers are cheaper than chemical fertilisers, easily and quickly absorbed by plants, do not affect soil since these are sprayed on leaves and directly absorbed from the surface.

Half a litre of liquid nano nitrogen is equivalent to using 50 kg of urea, and the former is also less expensive. Moreover, nano fertilisers are easily available in the market and give better yield as compared to chemical fertilisers.