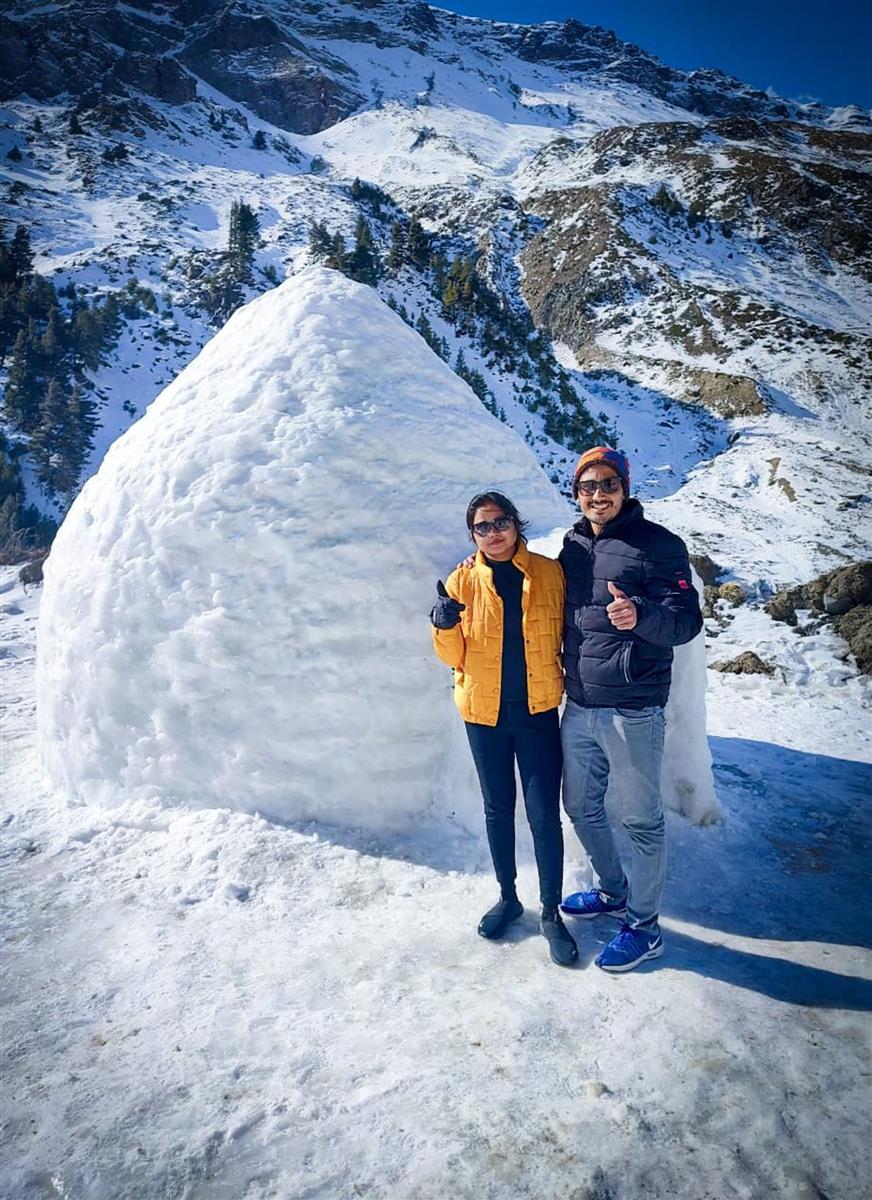 Igloo tourism is gaining momentum in the Lahaul valley these days with two youths having developed an igloo for commercial use at Teling village.

The concept started from Sethan village close to the Hamta Pass in Manali almost five years back which was a hit among tourists.

Virender Bodh, the owner of an igloo, told The Tribune, “We set up an igloo at Teling village just three days ago for commercial use this year. Tourists want to have the experience of staying in an igloo. It is the first igloo in the valley which has been set up for commercial use.”

“Due to the lack of snow, we could not develop more igloos for the stay of tourists at Teling, which we are promoting as an ‘igloo village’. As soon as there is fresh snowfall in this region, we will develop more igloos,” he said.

“The package of stay for two persons in this igloo is Rs 9,000. For a single person, it is Rs 4,500 for a night stay. In this package, we are providing breakfast, dinner, tea, coffee and noodles along with bonfire,” said Virender.

Inspired by the concept of staying in snow houses in foreign countries, eight youths of the district had first built an igloo at Shashin village under Sissu panchayat in 2017.

Since the area was inaccessible because of the closure of Rohtang in winters, the concept could not succeed.

“Now, after the opening of the Atal Tunnel on the Manali-Leh highway, there is a vast potential of igloo tourism during winter in the Lahaul valley,” he said.

Tourists are thronging the Lahaul valley beyond Sissu after the district administration has lifted the restrictions imposed on the movement of tourists in the region.

DC Neeraj Kumar said there would be no restrictions on tourists entering the Lahaul valley who have bookings local hotels and homestays. All types of tourist vehicles, except two wheelers, are allowed to enter the Lahaul valley between 10 am and 3 pm.