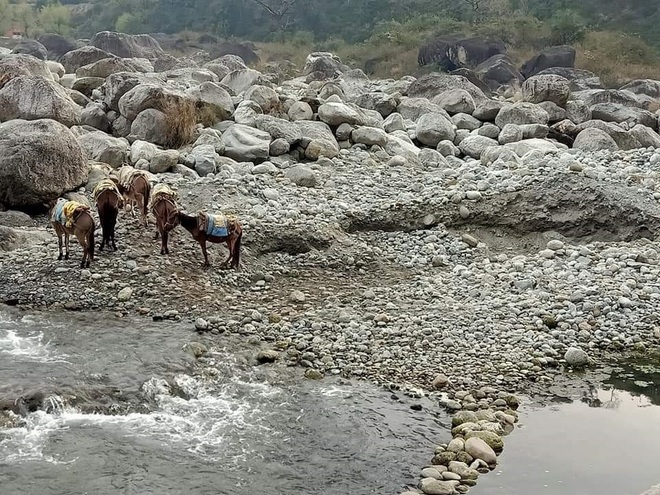 Large-scale illegal mining going on in the Binwa at Baijnath has posed threat to the existence of 13th century Shiva temple at Baijnath.

Despite tall claims by the Baijnath administration and the mining department, a large number mules can be seen carrying the extracting sand stone and bajri from the river for further transportation.

Subhash Sharma and Munish Dixit, while briefing the mediapersons at Baijnath, said they had brought the issue to the notice of mining authorities and local administration but illegal mining was still going on. They said there was complete ban on all type of mining activities in the river. They also disclosed that water level in the Binwa river had gone down which is weakening the left side of the temple.

Besides, illegal mining has also damaged the railway bridge and another bridge on the Pathankot- Mandi NH.

“The temple falls under the purview of Archaeological Survey of India. As far as damage to the temple is concerned, it will not be allowed. It is not only illegal but it is also a threat to our culture and heritage. I will look into the matter,” said Chhavi Nanta SDM Baijnath while talking to The Tribune.