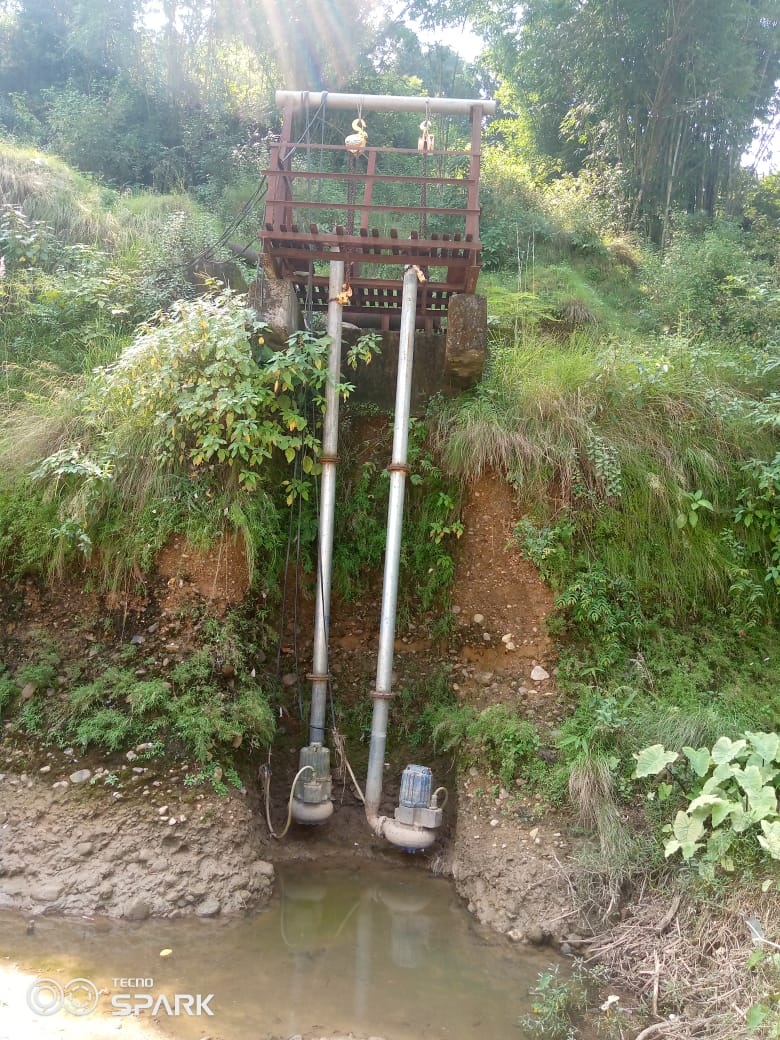 The water level goes down in the Mol khud. Photo by writer

The illegal mining in rivulets of lower areas of Palampur has resulted in drying up of lift irrigation and drinking water supply schemes, posing threat to transmission lines.

The lift irrigation scheme, feeding Sanhoon, Damen, Haldra and Phanger villages, has dried up following the illegal mining in the Mol khud. The Irrigation and Public Health Department had started lifting water from the khud through this scheme in 2011. Because of the deep trenches in the riverbed, there is no water left in the rivulet and the scheme has gone defunct.

This correspondent, during a visit to the affected villages, observed that sand and stone mining has occurred in a haphazard and unscientific manner. Deep trenches because of quarrying have created water stagnation in the riverbed, impairing the natural flow of water which has had a grave impact on agricultural production because no water has left for irrigation.

Locals said not only lift irrigation schemes had been affected, but a number of small or big culverts and transmission lines, local paths have been damaged. The large-scale mining had also affected the groundwater level as borewells of the department had also dried up.

Anil Puri, Superintending Engineer, IPH Department, said it was a serious matter as the illegal mining had threatened the existence of water supply schemes. His office had already sent a letter to District Mining Officer, Kangra, for initiating action against the culprits.

However, the local administration has not taken any measures to control the activities.