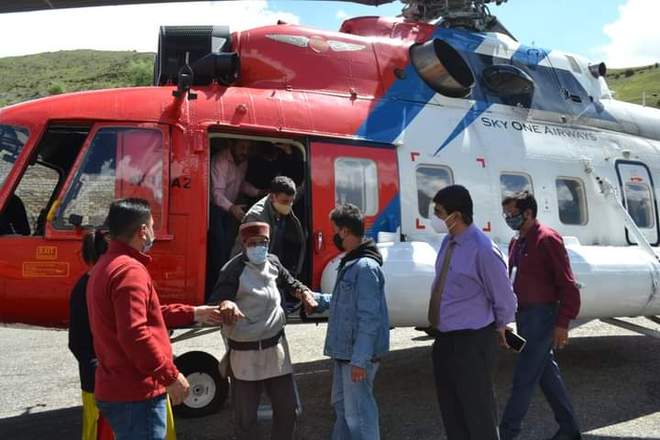 Even as landslides and flash floods have been regularly wreaking havoc in Himachal, the authorities have failed to adhere to the safety protocol of a 2015 report that suggested certain engineering measures for the construction of roads, power projects and other development works.

The hill state has recently witnessed massive landslides in Lahaul & Spiti and Shillai (Sirmaur) and flash floods in Dharamsala. Nine tourists were killed after rolling stones hit their vehicle at Badseri in Kinnaur.

These incidents had exposed the alleged lackadaisical approach of various agencies, including the National Highways Authority of India (NHAI) and the State Public Works Department (PWD), in executing projects, a researcher said. The casual approach had been costing lives, he alleged.

Though ‘Landslide Hazard Risk Management’ study was undertaken in 2015, little heed is paid towards the mandatory engineering measures suggested in the report to avert mishaps.

The contractors allotted road projects were recklessly cutting the hills, caring little for the fragile ecology, an environmentalist alleged.

Interestingly, as per the ‘2015 Hazard Risk’ report, of the 1,628 km length of the eight NHs in Himachal, 993 km fell in high vulnerable zone. The corresponding figure for the 2,178-km-long state highways was 1,111 km. Since 2014, the NHAI had been granted permission to fell 83,320 trees for various road projects in Himachal, as per information accessed under the RTI.

While the NHAI and the PWD authorities claim that intensive scientific and geological studies were undertaken before taking up any project, the disasters that had struck the state presented a different picture. “The manner in which the NHAI has dumped debris in ‘nullahs’ (natural drains) on the NH-707 (Paonta-Shillai-Hatkoti) is a perfect recipe for a disaster waiting to happen,” the environmentalist said. 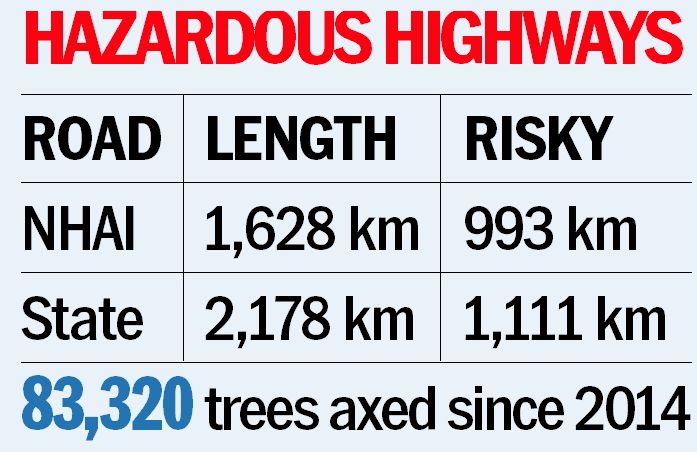 An expert said road cutting and development activities should be carried out while keeping in mind the hazard profile of an area so as to reduce the emerging risk of landslides. “As a first step, it is necessary to prepare zoning maps of landslide and rock fall-prone areas through geological and geo-technical studies,” said Arun Sharma, a retired state geologist.

Vivek Panchal, Project Director, Ministry of Road Transport and Highways, claimed that a scientific study was undertaken to assess landslide-prone sites and due measures were taken while widening the NH-707.

Prakash Bhandari, researcher and activist, Himdhara Collective, said the four-lane projects were completely unsuitable for mountainous regions due to the sensitive nature of the hills and the massive cutting required.