Infighting over BJP ticket in Jawali to the fore : The Tribune India

Infighting over BJP ticket in Jawali to the fore 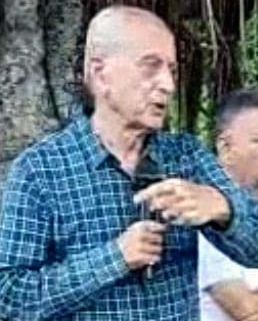 Infighting in the Jawali Assembly constituency of Kangra district for BJP ticket came to light when former minister Harbans Rana asked voters to support Sanjay Guleria, vice-chairman of the National Small Saving State Advisory Board. He made the appeal while addressing a public gathering at Nayangal near Kotla today.

Rana claimed that voters were angry with Jawali MLA Arjun Thakur and he was not capable of winning the upcoming election.

Rana, who has represented the constituency thrice, said Guleria was a philanthropist, who had been involved in various social activities and had extended financial support to the needy on several ocassions.

“I have been a minister but I still live in the same old house. However, the sitting MLA has constructed a palatial house,” he alleged.

He said that the people of Jawali didn’t want such an MLA. People should come in politics with an objective to serve people and not for building splendid houses.

The former minister urged voters to support Guleria, as he was hopeful that the party would give him the ticket to fight the forthcoming Assembly election from Jawali.