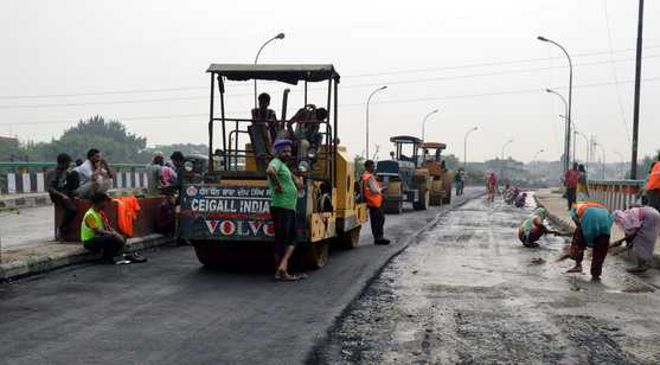 The pace of work for construction of roads by the National Highway Authority of India (NHAI) has increased by four times in the past five months as 80 per cent of the issues obstructing work progress have been resolved.

The issues related to acquisition of land, forest clearance, shifting of electricity towers and poles and local issues of residents leading to protests were delaying the road construction work in the state that resulted in missing several deadlines for completion of projects.

The NHAI is executing work on five national highways in the state, namely Shimla – Kalka, Kirathpur- Manali, Shimla- Matour, Pathankot- Mandi and Pinjaur- Baddi- Nalagarh, with a length of 785 kms out of which 200 kms have been completed.

The meetings began in September 2021 and four meetings have been held till now. The meeting with all stakeholders helped in resolving issues besides addressing the grievances and expedited work. About 24 km of roads were constructed from September 2021 to January 2022 against 6.2 km roads constructed between April and August 2021, he added.