Many were helping with the construction of a temple 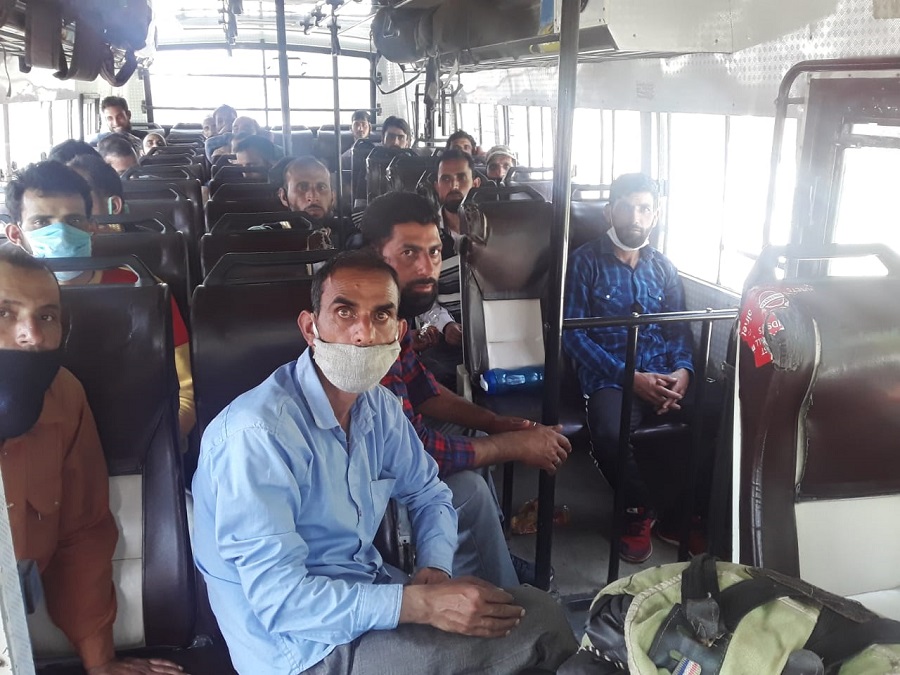 Mohammed Ayub couldn’t have sounded happier. After all, he was on his way home along with several other migrant labourers from Jammu and Kashmir after spending close to a month-and-a-half in lockdown in the upper Shimla area. “The holy month of Ramzan has just started, so there couldn’t have been a better time to return home,” said Ayub, a native of district Kathua. “We are extremely grateful to the administration for making arrangements for our return.”

Several hundred migrant labourers from Jammu and Kashmir got stuck in the upper Shimla area when the lockdown was announced in March. “We were helping with the construction of a temple in Khaneti when the lockdown was announced. Thereafter, the work stopped,” said Ayub, a lumberjack, almost regretting that they could not finish the job. Sensing that the Muslim-Mandir connection has sparked some curiosity, he added: “It’s nothing unusual, we helped build a temple in another place too.”

Khans, as they are popularly called here, have been coming here to work as lumberjacks and labourers for decades. “We love coming here. People are very nice and helpful, it’s just like a home for us,” said Bidar Ahmed, who was working in Pandli in Kotkhai.

The decades-old harmonious relationship between the locals and Khans, however, came under a bit of strain when a spike in Himachal’s coronavirus cases was traced to the absconding jamatiis. “A few did taunt us here and there but overall we faced no problems. The majority of people were the same as usual, and that’s what matters for us,” said Ahmed. “The local SDM provided us ration, and asked us to contact him if we needed any other help.”

Ayub echoed his sentiments. “We are returning home with a lot of good memories about the lockdown period. No one made us feel unwanted, and they took good care of us,” Ayub said. “We look forward to returning as and when the lockdown ends to resume our work,” he said.

Finishing the temple work they couldn’t complete would be a good place to start all over again.