Jab to all shot in arm for Himachal Health Department

OPDs at AIIMS-Bilaspur a milestone 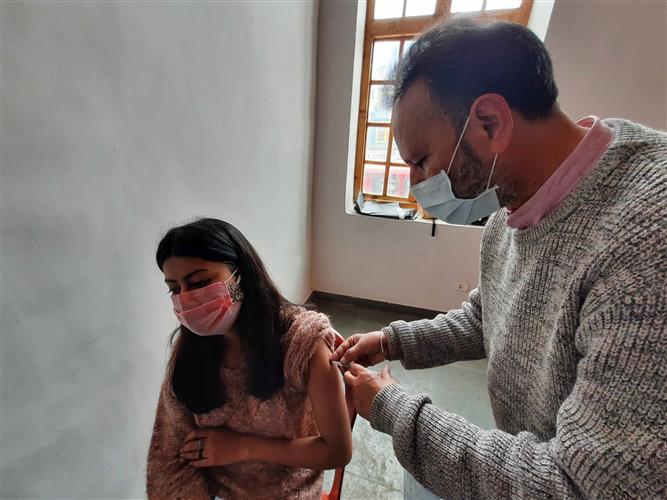 It’s been a mixed year for the state on the health front. While the second wave of Covid-19 that peaked in April-May stretched the health infrastructure to its limit, the state did well to vaccinate the targeted population with both doses ahead of any other state in the country.

It’s been a mixed year for the state on the health front. While the second wave of Covid-19 that peaked in April-May stretched the health infrastructure to its limit, the state did well to vaccinate the targeted population with both doses ahead of any other state in the country. Also, the inauguration of OPDs at AIIMS, Bilaspur, is another milestone achieved in the health sector.

When the second wave peaked in April-May, the entire health set-up appeared crumbling under the weight of the sharp increase in the number of cases and deaths. There was a shortage of oxygen cylinders and beds. There were not enough Class IV employees at hospitals to take care of the patients. The struggle of the health set-up to cope with the situation was understandable to a certain extent because the second wave was much more severe and fatal than the first one. Compared to 980 deaths during the first wave, more than 2,400 had lost their lives till mid-June in the second wave. Overall, more than 3,850 people have died of Covid so far.

Once the second wave subsided, the state ramped up the infrastructure further. The number of PSA oxygen plants has gone up to around 35 from five or six in April-May, the number of oxygen beds has risen to 2,275 and ICU beds to 264. “We are well prepared in case there’s a third wave,” said an official from the Health Department.

As for non-Covid areas, the National Family Health Survey-5 reported that 30 per cent of children under five years of age were stunted and 25 per cent were underweight. Also, the state has the third lowest sex ratio at birth in the country. Also, as per a pan-India ICMR study, the prevalence of diabetes and hypertension is growing at an alarming rate in the state. As for positives, the state was ranked No. 1 in the National Tuberculosis Elimination Programme. It’s also among the leading states in the universal immunisation programme.