State to get just 12.5% share from hydropower projects, says Pathania 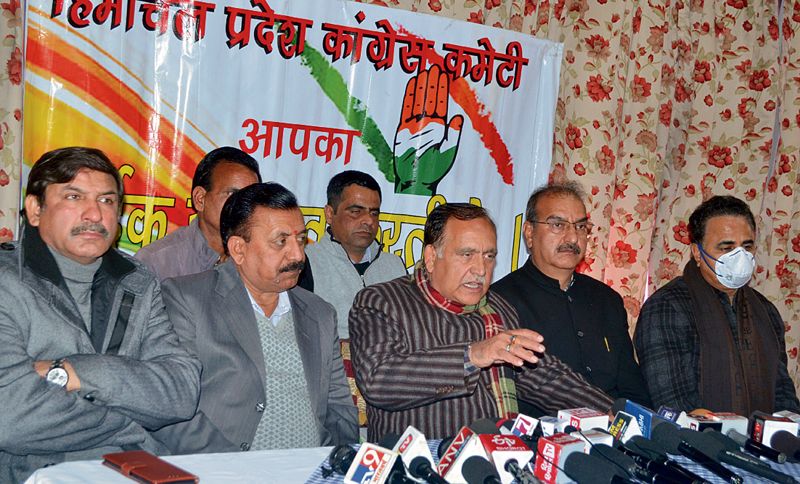 Chief spokesperson for the HPCC Kuldeep Pathania, addressing a press conference here today, said Prime Minister Narendra Modi had not given any package to Himachal. He accused Chief Minister Jai Ram Thakur of having failed to put up a concrete proposal before the PM to get a package for the state. The present state government lacked vision to conceptualise projects and get grants from the Union Government, he alleged.

The state government invites the PM every year. Such events prove to be a drain on the already scarce financial resources. It should inform people how much it has spent on such functions and what benefits it has managed to get. Kuldeep Pathania, spokesperson, HPCC

He said most of the hydro projects announced by Modi for Himachal were long-term investments by the central corporations. These projects would take decades to complete and Himachal would get just 12.5 per cent share in power from them once they become operational. The state government had failed to get any immediate financial help from the PM, Pathania alleged.

He said the state government invited the PM to Himachal every year when it completed another year in power. Such events prove to be a drain on the already scarce financial resources, he said. He said the state government should inform the people of the state how much it had spent on such functions since it had come to power and what benefits it had managed to get from the Centre, he said.

Pathania alleged that the tourism sector, which was the backbone of economy of Himachal, had been hit severely due to the pandemic. A large number of hotels in the state are facing closure so the CM should have asked for a financial package for the tourism industry, he said.

He alleged that the state government was already raising loans to pay salaries and interest of existing loans.