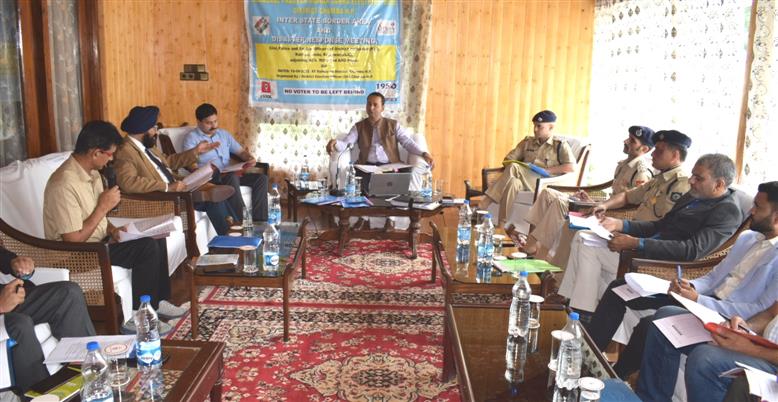 The district administration held a meeting with the senior officials of the districts of neighbouring states, which share a border with Chamba, at Dalhousie on Monday.

In the meeting, a detailed discussion was held to control the various activities that may affect the elections and the steps to maintain peaceful and fear-free environment in the district.

The officials decided that a joint patrolling team will be constituted and check posts will be set up for ensuring vigilance and monitoring arrangements on the inter-state borders of the district.

The officers of excise and taxation department of Pathankot, Kishtwar, Bhaderwah, Kathua and Chamba districts, besides SDMs of Dalhousie, Salooni, Bharmour, Pangi and tehsildar (election) also attended the meeting.

Later, the DC Rana, who is also the District Election Officer, presided over a meeting with the district officials regarding disaster management during the Assembly election.