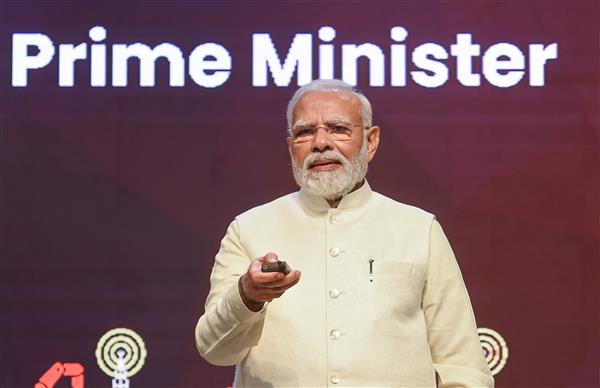 The official communication by Bilaspur district police asking for character verification of mediapersons for coverage of Prime Minister Narendra Modi’s visit to Bilaspur on October 5 has been withdrawn on the pretext that the letter was inadvertently issued. 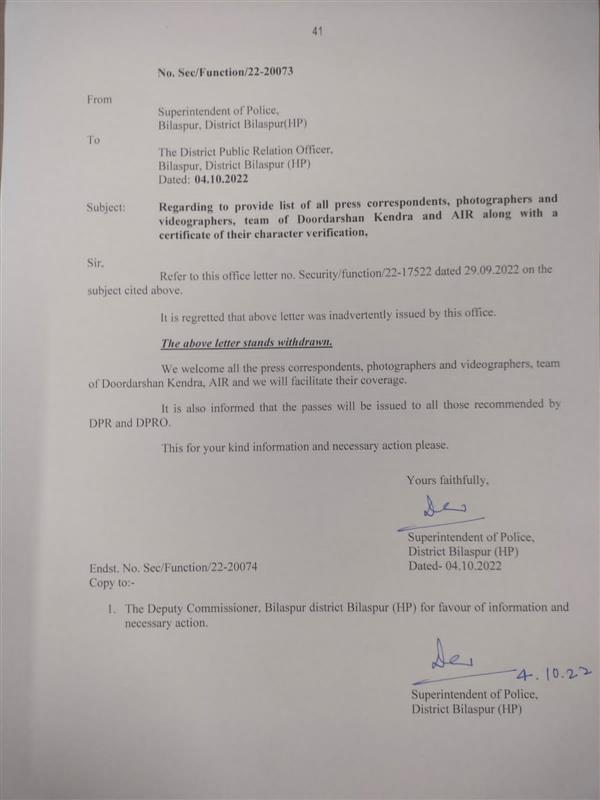 Realising that it could boomerang, the Bilaspur police turned a volte face and clarified that the letter stood withdrawn and said that passes would be issued to all those recommended by the DPR and the DPRO.

“All journalists are most welcome to cover Prime Minister’s visit to Himachal Pradesh on October 5. Himachal Pradesh Police will facilitate their coverage. Any inconvenience is regretted,” tweeted DGP Sanjay Kundu.

The letter seeking character verification from mediapersons of print, digital and television besides state-run media, including the All India Radio (AIR) and Doordarshan on September 29, had sparked a controversy and there were spate of queries from the mediapersons.

The notification asked the District Public Relations Officer (DPRO) to supply a list of all press correspondents, photographers, videographers, and teams of Doordarshan and AIR along with “a certificate of their character verification” following which the DPRO, Bilapsur, had reportedly refused to accept the official identify cards of journalists.

"The certificate of character verification may be supplied to the office of Deputy Superintendent of Police, CID, Bilaspur by October 1, 2022, positively. Their access within the rally or meeting will be decided by this office," the notification said.

The normal practice in vogue was that passes are issued by the police on the recommendation of the DPR and DPRO for covering VVIP programmes and it was for the first time that character certificates were asked. PM Narendra Modi will visit Bilaspur and Kullu tomorrow.