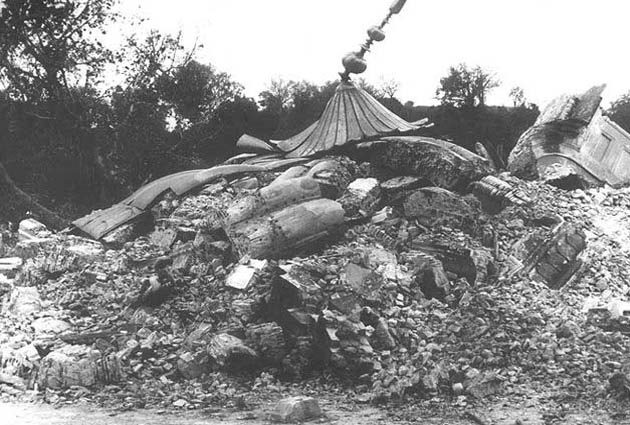 The Brajeshwari Temple in Kangra was razed to the ground after the devastating earthquake in 1905. File photo

Residents of Palampur today remembered the victims of Kangra earthquake and paid tributes to those killed on this day on April 4, 1905, when the Kangra valley was jolted by a massive earthquake. It was one of the deadliest quake in the Indian history which killed over 20,000 persons.

Social bodies and NGOs organised meetings and remembered victims of the devastating quake.

In 1905 Kangra was part of Punjab. The then Punjab government had estimated that more than 20,000 persons were killed in Kangra district. Nearly 1,00,000 buildings were destroyed and 53,000 domestic animals were killed. The historical Kangra fort and the famous Brajeshwari Temple were also destroyed.