Dharamkot is a small village 2 km uphill from Mcleodganj 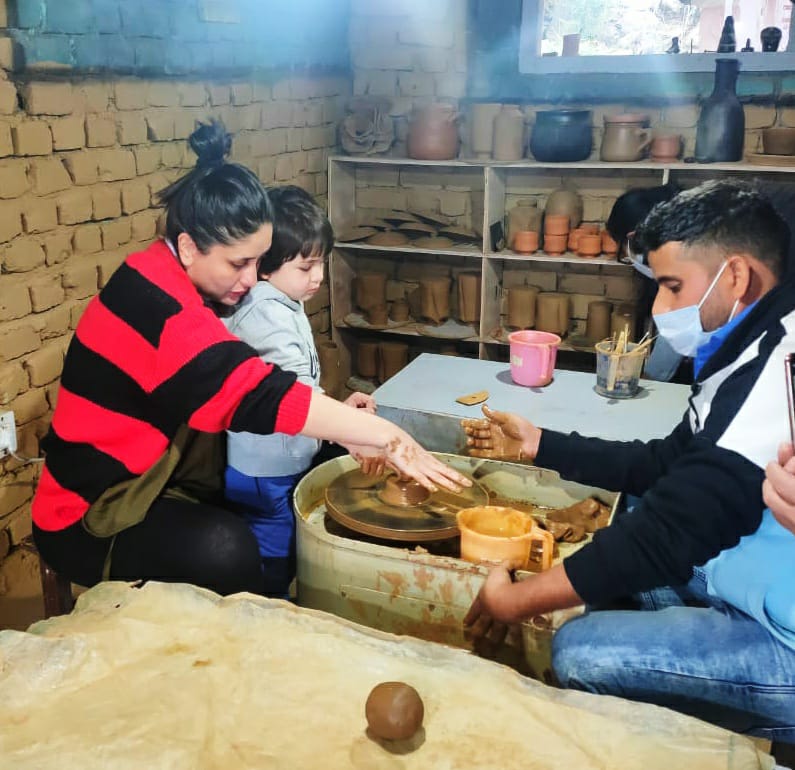 Kareena and her family, including husband Saif Ali Khan and brother Rajiv Kapoor, have been on holiday in Hyatt hotel in Dharamsala these days.

Sadaiv Ranjan who runs the Dharamkot Art studio while talking to The Tribune said that Kareena and her son came to our studio on November 19 with a prefixed appointment. Kareena stayed in our studio for about one hour and tried her hands at pottery. She also taught pottery to her son Taimur and both made a cup. She learned about the black pottery we are teaching in our studio, he said.

Sadaiv said that since it was a private visit of the Bollywood actress to our studio we did not divulge details of her visit to anyone. However, after Kareena posted her photos learning pottery in Dharamkot Art Studio today, we have been receiving call from various quarters, he said.

Dharamkot is a small village 2 km uphill from Mcleodganj that was now part of Dharamsala Municipal Corporation. Despite narrow roads and very little parking place, Dharamkot attracts national and international tourists. It was also called ‘Little Israel’ as large number of Israeli tourists comes there every year.

After the corona pandemic, the inflow of tourists in the village was reduced to a trickle but still it was a favourite place for people coming from metros for seclusion for a limited period.

Besides Hyatt hotel, the village also had Toshita and Vipassana meditation centres that attract high profile people from across the country.

Sadaiv said they are teaching black pottery to locals and tourists. Black pottery is also practiced in some north eastern regions but it was once more famous in Himachal as Pine trees are found in abundance in the region.

Sadaiv claims that the black pottery created by him from natural resources in Kangra region can also be used as utensils as it was created from organic material. He expressed hope that one day he would help the local youth earn a livelihood out of black pottery.