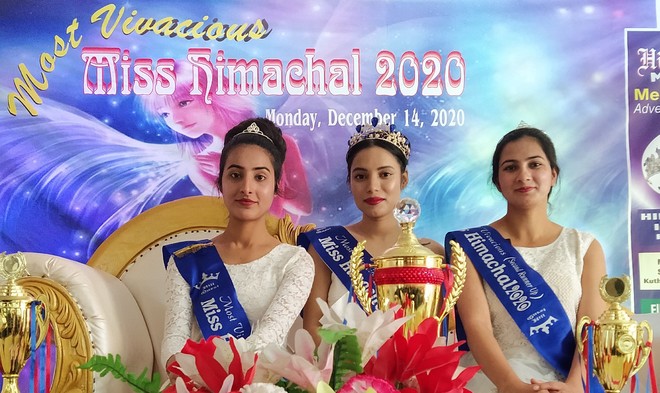 Kritika is a third-year student of physiotherapy at Rayat and Bahra University, Mohali. She said the event helped her overcome fear and phobia as they were made to spend a night in tents in dense forests. She described it as a thrilling experience.

Runjan Ramta (21) from Shimla was declared the first runner-up. She said beauty pageants helped build self-confidence. She said rafting in the Beas, which was a part of activity sessions, helped her overcome aquaphobia.

Renuka Chauhan (24) from Chidgaon in Shimla district, who was declared the second runner-up, said she lived a new life in these three days of activity sessions. She said girls in the remote villages of her area were made to tie the knot as soon as they attained the age of 18. They hardly had any freedom of life.

Renuka is preparing for the civil services exams and pursuing masters in mathematics. Shiva Khan, event coordinator, said this was the fourth edition of the pageant. — OC