Was posted at Police HQ after June 23 incident 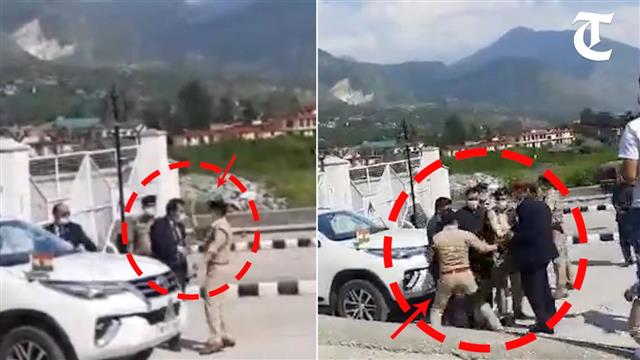 Additional SP Brijesh Sood, who was temporarily posted at the police headquarters here after a scuffle outside the Bhuntar airport in Kullu on June 23, has been reinstated as Additional SP, Chief Minister’s security.

A video of Kullu SP Gaurav Singh slapping Sood and Chief Minister’s PSO Balwant Singh kicking the SP in retaliation during the visit of Union Minister for Road Transport and Highways Nitin Gadkari on June 23 had gone viral. While the SP and the PSO were suspended, the Additional SP was attached to the police headquarters. — TNS