Manali-Leh highway reopens to traffic after 5 months : The Tribune India

Ladakh is now connected by road from both sides; normal traffic to be allowed from Lahaul side to Leh after inspection of the highway 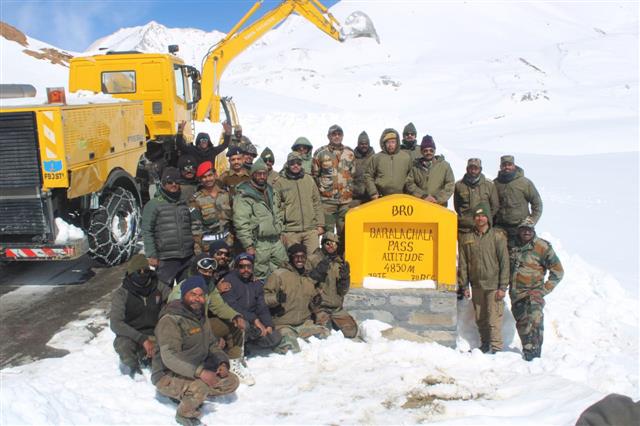 The strategically and logistically important 428-km Manali-Leh highway has been restored for single-lane traffic via Baralacha pass by the Border Roads Organisation after being closed for winter for nearly five months.

However, normal traffic would be allowed from Lahaul side to Leh after nod by the district administration of Lahaul and Spiti.

According to sources, the BRO had connected Manali-Leh highway via Baralacha pass and few vehicles crossed towards Sarchu from Lahaul side.

This highway is two lane, while the BRO has restored it only for single-lane traffic. The highway will be restored for two lane traffic within a few days.

Deputy Commissioner of Lahaul and Spiti Neeraj Kumar said: "As soon the BRO will restore the highway, we will inspect the road in view of public safety to ascertain that whether it is safe for civic traffic or not. After inspection, normal traffic will be allowed on it."

The DC urged the tourists and general public to avoid travelling on this route beyond Darcha towards Leh until it is allowed by the district administration. A notification will be issued by the administration to allow the traffic movement after inspection, he said.