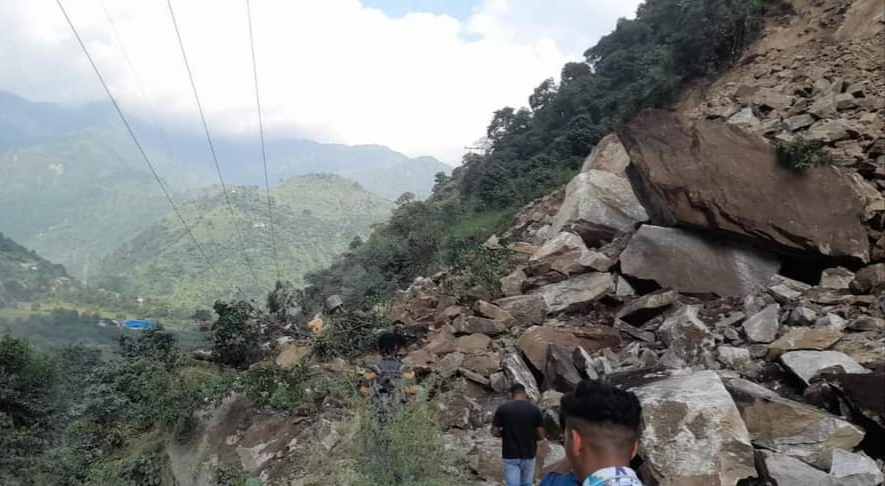 A landslide blocks the Chandigarh -Manali highway at 6 Mile in Mandi on Tuesday. Photo: Jai Kumar

The Chandigarh-Manali highway was blocked to traffic between Mandi and Kullu near 6 Mile in Mandi district this evening due to a massive landslide in the area. As a result, traffic has come to standstill on the highway. A long queue of vehicles was witnessed on both sides of the road at the landslide spot.

The National Highways Authority of India has engaged its workforce and machinery to clear the debris and boulders from the road to restore this highway to traffic.

The police have diverted movement of light vehicles on alternate route between Mandi and Kullu via the Mandi-Kataula-Kullu road.

According to police, the construction work of the Kiratpur-Manali fourlane was going on. Due to deep cutting in the hillside, this area was experiencing frequent landslide incidents.