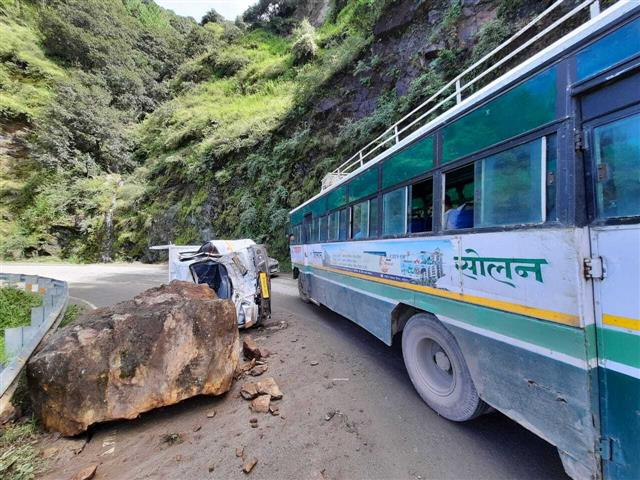 A boulder lies on the road at Sonu Bangla near Shoghi, Shimla, on Friday. Tribune photo: Amit Kanwar

State Disaster Management Director, Sudesh Kumar Mokhta, said the national highway from Puwari to Kaza in Kinnaur district has been blocked after a landslide on Thursday evening.

In Shimla, a road near Home Guard Office has been blocked due to a landslide on Thursday evening and road restoration work is underway.

The official said that Naina Devi in Bilaspur received 180.6 mm rain followed by Kandaghat in Solan that received 65.2 mm rain. Shimla received 54.6 mm in the 24- hour period ending 9.30 am on Friday. — PTI