Littering on rise as tourists make beeline for Lahaul : The Tribune India

Littering on rise as tourists make beeline for Lahaul 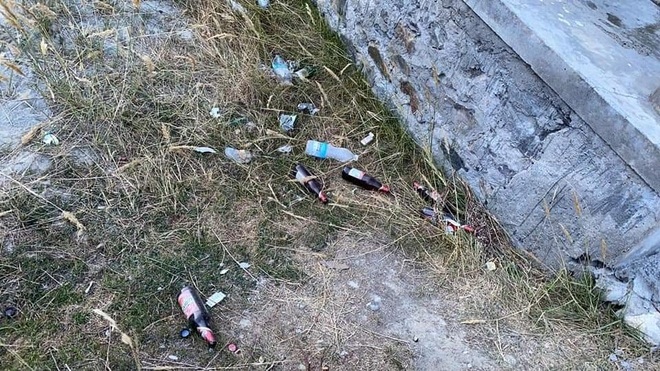 The Atal Tunnel at Rohtang near Manali has emerged as a new tourist spot, leading to increase in the number of visitors to the Lahaul valley. As a result, littering and open defecation by tourists are being witnessed in the absence of proper amenities. There are no toilets at both portals of the tunnel and garbage has started to pile up in the absence of dustbins.

Garbage is also flowing into the Chandra river near the Sissu helipad, near the north portal of the tunnel. Littering by tourists visiting various places in Lahaul has become a cause for concern for the local residents. Shakti Singh, a local resident, says that the facilities in the valley are insufficient to cope with the tourist influx, causing degradation of the environment of the region.

He says that visitors are throwing garbage on the roadsides at various places. He adds that the local administration will have to take strict action against the guilty persons to protect the fragile ecology of the area.

Sujan Singh, a tourist from Punjab, says that the Lahaul valley is paradise but there are no basic facilities at various tourist spots. He adds that tourists should be provided various amenities so that the pristine beauty of the region is not spoiled.

A tourist from Delhi says that roads in the valley are narrow and tourists get stuck in traffic jams while going towards Udaipur to pay obeisance at the Trilokinath temple. Local residents are also upset at frequent traffic jams in which HRTC buses get stuck. They say that the police should deploy more personnel for traffic management in the valley, as the number of tourist vehicles has increased after the opening of the tunnel.

Environmentalists have also raised serious concern over the increase in visitors’ influx after the opening of the tunnel. They are apprehensive about the inadequate tourism infrastructure in terms of roads, parking and other public amenities. They say that the government will have to cap the number of tourists.