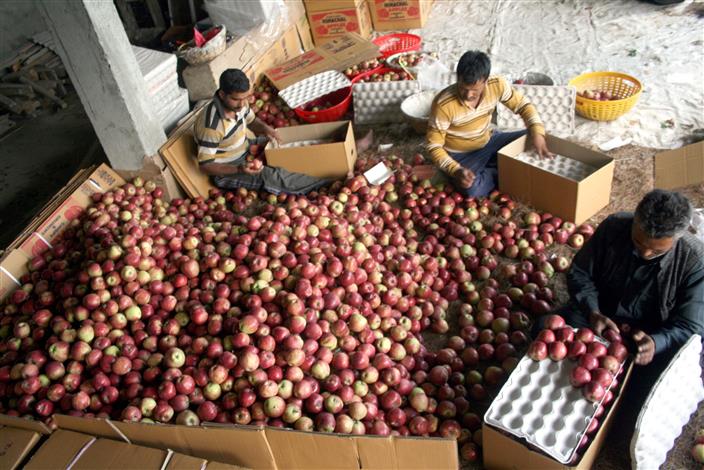 Additional District Magistrate (ADM), Kullu, Prashant Sirkek has asked the Public Works Department (PWD) to ensure proper maintenance of roads during the apple season so that orchardists are able to easily transport their produce to markets.

The apple season in Kullu starts at July-end and continues till the end of September. Apple is cultivated on a a vast tract of land in Banjar, Anni, Nirmand and Manali blocks of the district. Every year, apple orchardists face difficulties in transporting their produce to distant markets due to the poor condition of roads, especially during the rainy season. Links roads in rural areas are largely “kachha”, which become slippery during the rainy season. Besides, the Chandigarh-Manali national highway is under construction and it often remains blocked during the rainy season.

The ADM held a meeting with the officials of the PWD, Agriculture Marketing Produce Committee (APMC), Horticulture Department and the Truck Operators Union two days ago. He directed the PWD officials to keep the rural link roads in a proper condition during the apple season.