Man sells cow to buy smartphone for online studies of his children : The Tribune India 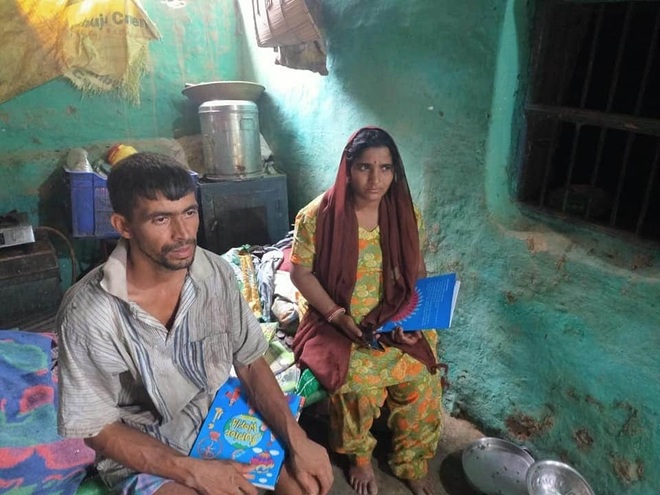 Kuldip and his wife in their mud house at Gummer village.

A poor man was forced to sell his cow, his only source of income, for Rs 6,000 for buying a smartphone for online studies of his two children.

Kuldip Kumar belongs to Gummer village in Jwalamukhi. With the lockdown in force in March, schools were also closed. His children, Annu and Dippu, were studying in Class IV and Class II. As the schools started online classes pressure mounted on Kuldip to buy a smartphone for the children to continue the study.

For a month, Kuldip moved from pillar to post to get a loan of Rs 6,000 to buy a smart phone. He approached banks as well as private lenders but, because of his poor financial condition, none was ready to help him.

In tears, Kuldip told this reporter said since the schools were closed, he was told by teachers that children needed a smart phone if they wanted to continue their studies. He said as he did not have even Rs 500, arranging Rs 6,000 was a Herculean task.

When he failed to get money despite all efforts, he sold his cow for Rs 6,000 and purchased a smartphone for the education of his children.

Kuldip lives in a mud house. Kuldip has neither a below poverty line (BPL) card, nor is he a beneficiary of the Integrated Rural Development Programme (IRDP). Kuldip said he had given a number of applications to panchayat for financial assistance for the construction of the house and inclusion of his name in the IRDP, BPL and Antodaya, but all in vain.

This reporter tried to contact panchayat pradhan but he was not available.

However, Ramesh Dhawala, MLA from Jwalamukhi, said it was shocking that a man had to sell his cow to buy a phone for the sake of online studies of his children. He said he had directed the BDO and the SDM to provide him financial help immediately.